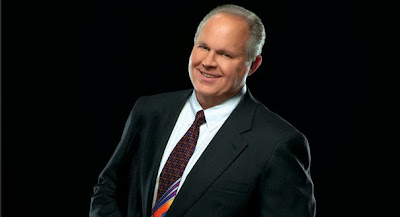 In an exclusive interview this morning Rush Limbaugh revealed one of his long-held fantasies.
America's most popular radio talk show host says radio has always been one of his passions and he always knew that he wanted to be behind the microphone in a radio studio reaching countless listeners.
But when he was just a teenager in Cape Girardeau Missouri Rush says he really longed to be a disc jockey in Philadelphia.
And Rush even knew the station he wanted to work for. He says "I wanted to work at WFIL radio in Philadelphia when Jay Cook was running the place. I was only 18 years-old but that's where I wanted to be. I knew that was one of the greatest stations and greatest markets in the country. And I wanted to be there."
From the 1960s into the early 70s WFIL-AM at 560 on the radio dial was the super hits music station in Philadelphia It was known as the place where "the hits just keep on coming." It played all the top records and its deejays had lots of personality. A 14 veteran of WFIL, Jay Cook spent a number of those years at the helm as Program Director. The deejays at this top-rated station were called "boss jocks" and they were local celebrities. They helped to create new pop stars and new hits and had an impact nationwide.
Rush says that now (just as it was then) it's passion that drives radio and determines what makes a radio program or a personality a success. "If you're not passionate about it, you shouldn't do it," Limbaugh says. "It's that simple."
He adds that listeners can tell if you really enjoy your work and if you're passionate about the things you're talking about. "When they know you're passionate about something, they'll follow you, they'll listen, they'll keep coming back."
Rush Limbaugh told interviewer Chris Stigall on WPHT radio 1210 that  he visits Philadelphia often and has many friends in the city. "I like to play [golf] at Merion and at Pine Valley and I love Nick's Roast Beef. You just can't top Nick's roast beef sandwiches," he says.
Rush Limbaugh returns to WPHT 1210, The Big Talker in Philadelphia on Monday, October 28 and every weekday from noon till 3 PM.
Just for fun, we've included a clip below from the glory years of WFIL radio with Jay Cook: