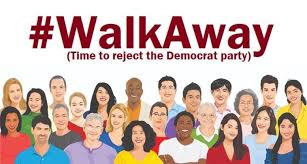 As part of its 2018 voter registration push, the Republican Party of Pennsylvania is encouraging Democrats to #WalkAway from their Party’s run to the socialist left.


With a mailed voter registration form, the Pennsylvania Republican Party is encouraging Pennsylvanians registered as Democrats to switch to the Republican Party if they are fed up with: their party’s race to the socialist left, the Democratic Party’s condoning of violent extremist group Antifa, seeing extreme candidates hijacking their Party, or seeing leaders time and again propose tax increases.
The mailer can viewed HERE.

In response, Republican Party of Pennsylvania Chairman Val DiGiorgio, made the following statement:

“Across Pennsylvania, we continually hear about disillusioned Democrats who feel they are no longer at home in their Party.

“Democrat leaders and Party bosses are no longer able to rationally argue over pertinent policy positions dealing with government spending, tax rates, and welfare reform since they have become a Party that is racing to the socialist left, have embraced open borders, and continue to try and insert government in previously-uncontemplated aspects of American lives.

“The Pennsylvania Republican Party wants to let disillusioned Democrats know they have a home in the Republican Party, which stands for limited government, respect for the rule of law, and fiscal accountability.

“In order to make the switch as easy as possible, voters can fill-out and return the mailed form to their county voter registration office, or simply go to www.VotesPA.com to switch their Party registration."
Posted by Dan Cirucci at 8:58 PM