WHO Will Defend The Presumption Of Innocence? 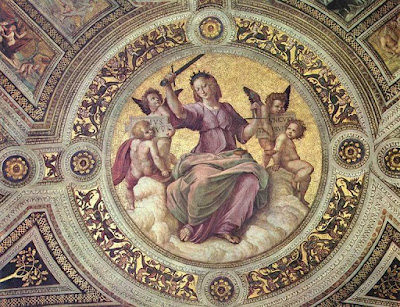 As the Kavanaugh imbroglio unfolds all around as and the assault on presumption of innocence continues, note the chilling silence from the organized bar. So far, nothing but crickets.
This is more than disheartening -- it's appalling.
It's got me more worried -- Big Time!
Let's be clear about this.
I'm talking about the attempted dismantling of the doctrine of presumption of innocence right before our eyes as the women's movement, most of the media, much of academia, liberal officeholders and activists and much of the popular culture have already accepted whole the the accuser's story and all but judged the accused guilty.

This is dangerous stuff -- just the kind of stuff the organized bar should speak out on and should caution against. This could be a learning opportunity-- a chance for a bit of public education about the justice system and how it works and how it is meant to guarantee fairness. And the organized bar could/should take the lead on that.
Still, nothing.
Why?
Well, I fear the organized bar has been hopelessly politicized. I warned of this years ago. This is sad -- a sad and, I'm afraid, conscious abandonment of responsibility.
It starts at the top, with the American Bar Association (ABA) which is now largely a liberal mouthpiece. But it can also be found at the local level -- especially in the northeast and on the left coast. My former employer, the Philadelphia Bar Association is a good example. The Association has now been basically radicalized. It's the result of years of what I call "unithink".
Yes, unithink is rampant throughout much of the organized bar where, for the most part, only one viewpoint and one way of thinking is entertained.
Imagine -- among lawyers -- and only one view is heard. These are people who are supposedly trained to hear all sides and are theoretically committed to carrying out that training fairly and thoroughly.
But within all to many bar associations today, iberal voices are welcomed and celebrated in a kind of faux intellectual hothouse in the name of "justice" while opposing points of view are benignly dismissed, often amidst an atmosphere of haughty self-importance. It's dangerous and incestuous -- TRULY scary!
And don't think it's simply limited to bar associations. This is roiling through many professional groups and similar organizations such as the AMA, librarians, the Girl Scouts and Boy Scouts, the PTA and on and on.
Your freedom and liberty hang in the balance.
Wake up, America!