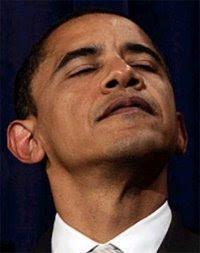 Just for a moment, let's put aside the details of the Henry Lewis Gates affair in Cambridge.
Let's forget about rights and wrongs; who said what or who may or may not have been offended.
And let's focus on the President's comments at his news conference where he said that the Cambridge police actions were stupid.
The President was wrong on two counts:
1) First, from a purely legal viewpoint the President was wrong because he did not have all the facts of the case and he admitted as much. Look, it's questionable whether the President should be passing judgement at all on an ongoing legal matter. But to do so without the facts is ill-advised to say the least.
2) From a practical public relations standpoint the President should have said as little as possible. Why? Because the matter had the potential to become a major distraction from the purpose of his news conference, namely health care. And that's exactly what happened. Once President Obama passed judgement and effectively came down on the side of Gates, that became the major story of the news conference.
And this story has legs.
Furthermore, Obama compounded the situation last night on Nightline when he refused to back down from his statement about the police acting stupidly. So now the story continues.
Obama should admit that "stupid" was a poor choice of words and get the matter behind him. End of story.
But the President can be quite stubborn when he gets his nose in the air.
Then it becomes a petty matter of pride.
And that's exactly what seems to be happening.
The facts be damned
To hell with practical public relations.
And so much for framing the agenda around health care.
BTW: We have an old rule in public relations. We say "stay on message." This means that no matter what question you're asked, you find a way to answer it that advances your core message. If you can't do that, you say as little as possible and move onto the next question. You get back on message.
Posted by Dan Cirucci at 8:40 AM