Hitler? Swastikas? Where? Where? 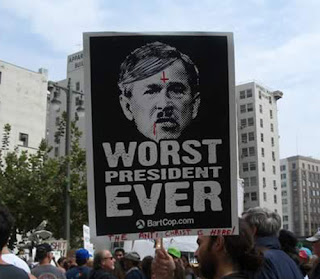 The way the Democrats are squealing about President Obama's critics you might think a president was never criticized (mush less vilified) before. How quickly the liberals have forgotten. All of the pictures that you see here were taken in America not very long ago.
Just a gentle reminder to Joe and Nancy and Harry and Rahm: We never heard a word from you the last time that swatikas and images of Hitler hit the city streets.
Not a word.
Hat tip: Ringo's pictures, zomblog and Hateway Pundit. 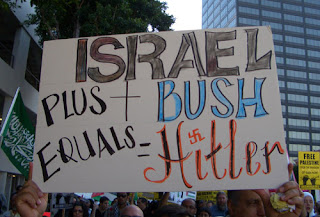 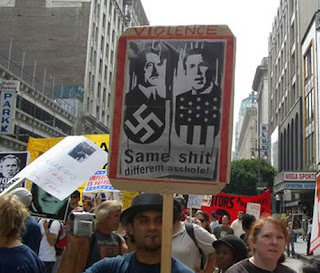 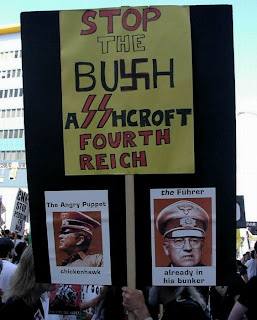 HAHAHAHA I'm saving these pictures. The next time a liberal is whining about some right wing conspiracy and people taking criticism of Obama too far I'm just going to hand them these.

Oh and in other good news. Representative Mensch won the open Senate seat of Rob Wonderling in PA yesterday by a 34% margin. He carried 67 percent of the vote in a district that is 40% republican. Let the good times roll.

Great good news outa Bucks County. Keep up the good work, Sean. Gear us up for next year's statewides.