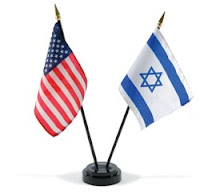 The Anti-Defamation League (ADL) said it was shocked and stunned by the [Obama] Administration's public dressing down of Israel by saying it had "undermined trust and confidence in the peace process, and in America's interests," as related by Assistant Secretary of State Philip J. Crowley in his daily briefing. Crowley was referring to the announcement about future building in Jerusalem made during Vice President Joe Biden's Israel visit.

We are shocked and stunned at the Administration's tone and public dressing down of Israel on the issue of future building in Jerusalem.

We cannot remember an instance when such harsh language was directed at a friend and ally of the United States.

One can only wonder how far the U.S. is prepared to go in distancing itself from Israel in order to placate the Palestinians in the hope they see it is in their interest to return to the negotiating table.

It is especially troubling that this harsh statement came after Israeli Prime Minister Benjamin Netanyahu publicly and privately explained to Vice President Biden the bureaucratic nature in making the announcement of proposed new building in Jerusalem, and Biden accepted the prime minister's apology for it.

Therefore, to raise the issue again in this way is a gross overreaction to a point of policy difference among friends.

The Administration should have confidence and trust in Israel whose tireless pursuit for peace is repeatedly rebuffed by the Palestinians and whose interests remain in line with the United States.

The Anti-Defamation League, founded in 1913, is the world's leading organization fighting anti-Semitism through programs and services that counteract hatred, prejudice and bigotry.
Posted by Dan Cirucci at 7:07 AM