What To Do When March Madness Ends Early 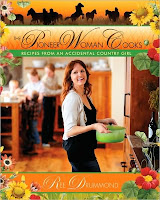 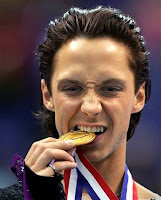 So, yeah, just last week, last Thursday, a mere five days ago I listed the four, count 'em FOUR teams I would be rooting for in the NCAA tournament....

And then there were none.

By Saturday evening the last two standing, Wake Forest and Villanova had left me high and dry. Wake kept me up most of Thursday night with a spirited game against Texas only to curl up and die in the second round against Kentucky. And Villanova proved that sadly they were just as bad as they looked in the first round when they played St. Mary's on Saturday. Ugh! Brackets = busted. So what next?

Well, here is what I'll be doing now that I no longer have a stake in the tournament:

1.) Watching Be Good Johnny Weir - Mondays at 10:30 pm on Sundance or on On Demand.
Hey, don't knock it. Be Good Johnny Weir is surprisingly well... good! And not nearly as soul sucking and mind numbing as most other reality TV.
2.) Cooking recipes from The Pioneer Woman - The Pioneer Woman is my serious new obsession. Worse even that March Madness. The recipes, ah, the recipes - last week I made Baked Lemon Chicken, this week Springy Shells - delicious, hearty food that even I can make. Plus hilarious posts on life on the ranch, homeschooling and photography and best of all The Pioneer Woman's improbable love story. Ladies should read it to keep hope alive, guys should read it to learn what to do. If in doubt - just read it, ok?
3.) Reading Perfection by Julie Metz. Beautiful writing though the subject matter (the death of Metz's husband and subsequent discovery of his multiple affairs) can be tough, I am holding out for the happy (or even just happier) ending.

Is your team heading to the Sweet 16? If not what are you doing with your free time?
Posted by Aimee at 10:30 AM