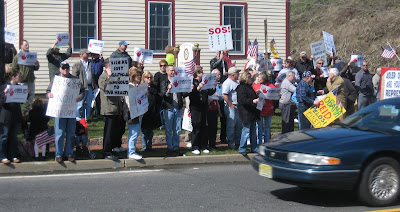 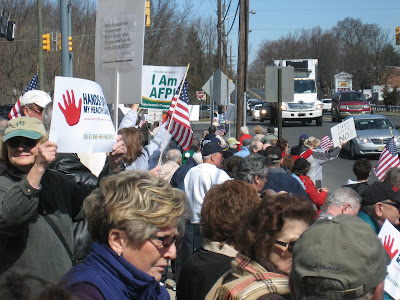 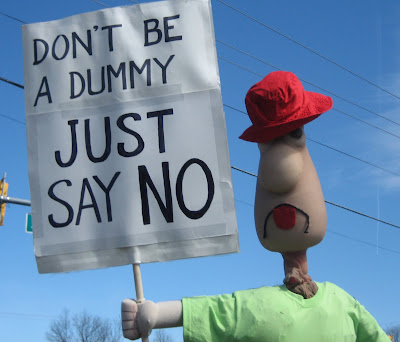 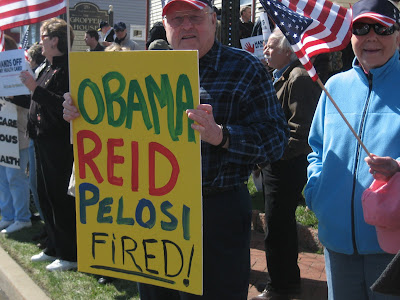 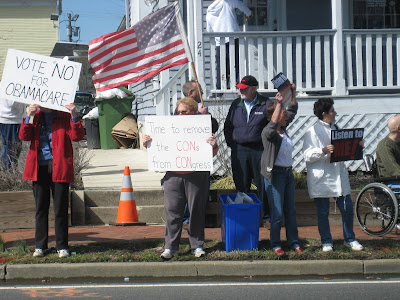 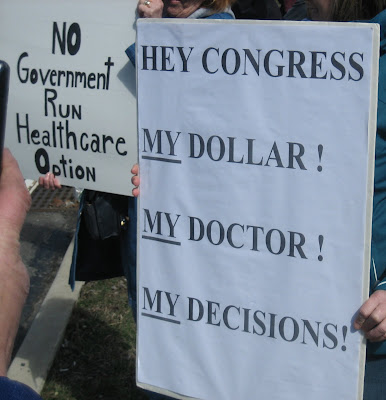 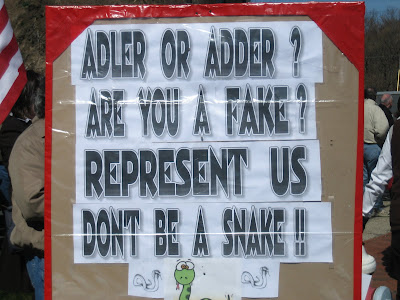 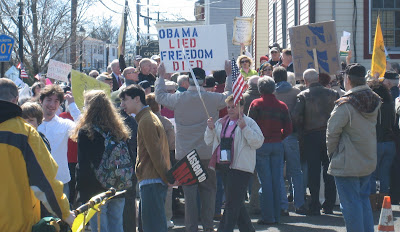 I've just returned from a huge anti-Obamacare rally where hundreds of ordinary citizens gathered outside the office of New Jersey Congressman John Adler in Marlton.
Their message to the freshman Congressman was simple: NO Obamacare; start over; go back to the drawing board; we don't want it!
These citizens told me they've had it with backroom deals, secret giveaways, deceitful tactics and government power grabs.
They're disgusted. They're angry. They're resentful. And they demand to be heard.
Many of them wore buttons that said "Listen to me."
And their signs (more than I could ever document here) tell the story.
While the demonstration continued, hundreds of drivers honked their car horns or yelled out support as they drove by.
If you look at the people in the photos, you will see that they do not appear to be "kooks" or "radicals." They're ordinary, hard-working taxpayers.
For the record, Congressman Adler voted against Obamacare last time and he says he will vote against the Senate bill this time According to this mornings Courier-Post newspaper, however, Adler "left open the possibility of supporting the bill that would make fixes to the Senate bill, if it includes more cost-containment measures."
Adler was said to be in Washington today and was not at his Marlton office. Nonetheless, members of his staff were available on site and were courteously soliciting input from the demonstrators.
It's no secret that Adler faces a tough re-election battle in November.
This demonstration should send a clear message to other members of Congress: If you voted "yes" last time, you'd better change your vote. And even if you voted "no" last time, the pressure on you will continue.
BTW: Americans for Prosperity and its New Jersey chapter under the direction of Steve Lonnegan helped to organize this event today.
Posted by Dan Cirucci at 1:42 PM