Oscar Surprises And (For Some) Delights 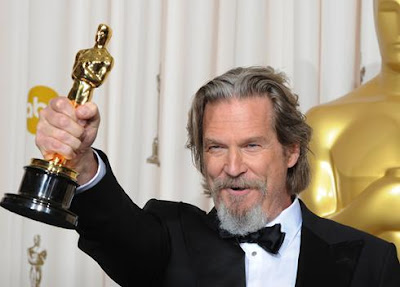 OK, so I didn't watch the Oscars.
I thought the evening would be the same old dreary, endless, liberal lovefest.
And since I put away my birkenstocks and love beads a long time ago, I figured I'd be hopelessly out of fashion anyway.
Well, as it turned out the ceremony was as long as usual and the two aging co-hosts were just as unfunny as most of the co-hosts who preceded them.
So, on that score I really didn't miss much.
But, I've seen enough clips and heard enough about last night's ceremony to know that there were some welcome surprises.
To begin with the evening was largely devoid of political statements and/or attacks on Republicans and conservatives. In fact, George Bush was never mentioned. "He's no long President," you say? Yes, I know. But that hasn't stopped the Hollywood crowd from continuing to attack him. Indeed, they still blame him for all of the nation's woes and then some.
But last night George Clooney & Co. stayed away from the political realm. Surprisingly, Clooney got most of his attention not by saying anything but simply by staring down the awkward co-hosts.
Also, it seems that most of the acceptance speeches were gracious and on-point. It made sense for Jeff Bridges (certified Hollywood royalty) to thank his parents. Ditto Mo'Nique and her homage to to the great Hattie McDaniel.
And then there was the evening's real stunner: The Hurt Locker as Best Picture of the Year.
Turns out that the picture's Best Director, Kathryn Bigelow actually thanked our fighting men and women not once, but twice. Now that really is a new development at the Oscars.
And the film itself appears to have absolutely no political agenda.
Of course, every party has a spoiler and in this case it was Barbra Streisand who seemed obviously ill at ease as Bigelow saluted the troops. Still, at least La Streisand stayed clear of political utterances.
And here's more good news: TV viewership for the Oscarfest was up for the first time in five years.
Does this all mean that Hollywood has finally grown up?
Nahhh . . . . don't bet on it.
It's more likely that most of the worst offenders: a) didn't win last night; b) weren't present; or c) were on their medication.
Sometimes ya just get lucky.
Hooray for Hollywood!
Posted by Dan Cirucci at 5:51 PM

Enjoyed this piece immensely.
On a light note,could never picture you at Woodstrock wearing love beads and singing, Cumbaya