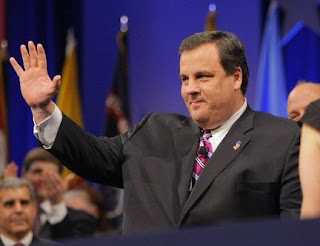 The Governor of New Jersey draws a healthy, six-figure salary.
And that's appropriate.
But some state employees and/or employees of various agencies, boards and commissions have been known to draw higher salaries.
Now, New Jersey State Senator Mike Doherty, a member of the Senate Budget and Appropriations Committee, announced that he is drafting new legislation that would prohibit any state employee from making more than the governor.
“It is simply ridiculous that an employee of the state would qualify for a higher salary than the governor,” Doherty began. “The Governor of the State of New Jersey has by far the hardest job in the state and the most responsibility. The state payroll should reflect that fact.”
The proposed legislation would require that any employee of the State of New Jersey, a political subdivision of the state, any commission, authority or board be paid less than the governor’s salary. Currently the governor’s salary is set at $175,000 per year. The governor also qualifies for an additional $95,000 yearly allowance for entertaining and other expenses.
“This is a simple common sense response to published reports concerning the salaries of public officials at, sometimes obscure, public agencies,” Doherty continued. “This measure will save the taxpayers money and it will help to prevent some of the abuses, including absurdly high pensions, which seem to have become common place throughout the state. I hope my colleagues see the value in this proposal and support its passage.”
Posted by Dan Cirucci at 12:43 PM

Furniture Blogs info provides You a lot of furniture advice from choosing your right furniture for your home and office.