Finally, Fosse Gets His Due, And Then Some 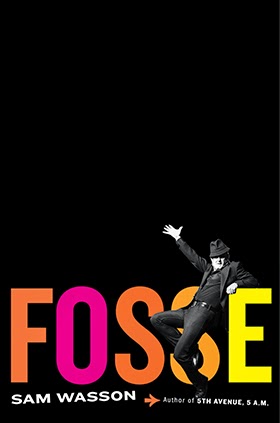 In 1964 British entertainer Anthony Newley brought a musical to Broadway called The Roar of the Greasepaint - The Smell of the Crowd.
Newley wrote the book, music and lyrics for the show and he starred in the show and directed it as well. In other words, he pretty much had complete control over every aspect of his creation.
That's something that dancer, choreographer, director and sometimes actor Bob Fosse always wanted. Something he always fought for.
And the funny thing about the title of Newley's show is that it perfectly encapsulated Fosse's view of show business. He loved the show but hated the business.
He had no time for what he perceived as the phonies, the dilettantes, the ass-kissers and the money-gubbing bastards who populated the world of entertainment from Broadway to Hollywood and beyond.  And like many entertainers he had a love/hate relationship with his own craft.
Fosse's background was acnhored in the dark, dying days of burlesque and the seedy world of one-night stands, dingy bars and dives that reeked of stale beer and tobacco. He grew up in Chicago and performed in such venues since he was a kid. And within that past Fosse suffered a trauma from which he never fully recovered.
Bob Fosse smoked too much, drank too much, took too many drugs, slept with too many women, made too many demands, suffered too many manic and depressive episodes, threw too many tantrums and hurt too many people (including himself) to survive very long. But in the process he created some great works and won some important accolades both on Broadway and in Hollywood. And even though Fosse barely reached his 60th birthday in 1987 his influence is still felt throughout the world of entertainment.
In fact, a Fosse show or movie is playing somewhere or other all the time. Right now, for example two Fosse shows (Chicago and Pippin) are big hits all over again on Broadway and Fosse's film of Cabaret is considered the benchmark for all modern movie musicals.
Yet, Fosse would be the first to remind you that Bob Fosse did not so much invent a new genre as reinvent one. All of Fosse's heralded tricks and twists and turns and jerks and tics were adapted from the tried and true, razzle-dazzle world of vaudeville.
Every bit of of this is entertainingly chronicled in Sam Wasson's big, new biography simply entitled Fosse. This is one bio that's both definitive and deliciously seductive.
Wasson spent three years researching and writing this book and it shows. It's a masterful production - one worthy of Fosse himself. But fortunately the chronicle of Fosse's life is much more organized, deliberate and rational than the life itself. Not that the book is in any way boring -- not by a long shot.
This is an exhilarating read -- thorough, engaging, visceral and passionate.
The author immerses himself in the world of Fosse and backs it all up with candid interviews, anecdotes, insights and details never before revealed.
This book also lifts the lid off the brutally competitive and challenging world of Broadway and Hollywood and starkly unearths all the phonies, has-beens, wannabes and BS artists that populate that world. It also details the unending toil, raw vulnerability, constant insecurity, relentless obsession  and naked ambition behind the smell of the greasepaint and the roar of the crowd.
After you read Fosse you'll never see a Broadway show or a watch a movie quite the same way again. You'll know, you'll understand and even if you're laughing through the whole performance, you'll still comprehend (if not feel) the anguish that went into it.
Wasson has given us a ravishing story that's worth your attention -- a story you'll never forget.