Five Dining Finds, NOT In The Neighborhood

Our recent dining finds?
Well, they include a wonderful veal schnitzel, a divine calamari, a superb barramundi, unforgettable prawns, a celestial pizza and a near-perfect plate of pasta.
Each and every one was unforgettable in its own way.
But you won't find these dishes rounacorner, hon. No, you won't even find the restaurants that served them anywhere in the USA or anywhere in all of North or South America for that matter.
No, you'll have to travel past the international dateline to find The Federal, Barnacle Bill's, Tony's, Brunetti or Machiavelli.
The Federal is across from the Skytower in Aukland and it was there that we enjoyed the most wonderful crispy, succulent veal schnitzel we've had in a long time. Only lightly seasoned, the veal was so fresh and so tender that it needed virtually no adornment -- no help -- whatsoever. The Federal calls itself Aukland's take on an old-school NYC Jewish delicatessen, "keeping the neighbourhood humming with genuinely flavoursome food, colourful chatter and a perfume of garlic, salt, spices & fat."
But don't be fooled.
This ain't no deli.
This is a lively, informal hub of good eating. The place specializes in slow-cooked, hand-cut specialty meats and a variety of other dishes assembled in a funny, eclectic American-style menu. The service is prompt and efficient and the dishes are great.
On to Australia, we found a great place near the water in Cairns called Barnacle Bill's. You know the food is good because the place is almost always jammed. Bill's sits on what is called The Esplanade, a long street across from a park which faces the bay. The Esplanade is dotted with sidewalk cafes and is a great place for strolling, dining, and people-watching.
The Big Attraction at Barnacle Bill's is barramundi fish, a light, white fish that is very similar to cod but tastier. You must try barramundi while you're in Australia and if you want barramundi, Bill's is the place to go. Sensational!
In Sydney we quickly located two outstanding eateries: Nicks's on the harbor and Machiavelli in the business district.
Nick's Seafood Restaurant has become somewhat of a Sydney institution over the last decade since opening its doors in 1998. With Nick’s years of experience in the seafood wholesale business, it does not surprise anyone that Nick's Seafood Restaurant is regarded as one of the leaders in fresh and high quality seafood in Sydney.
Overlooking the shores of Cockle Bay and Darling Harbour, Nick's Seafood Restaurant boasts that it has all that a delectable seafood dining experience should…. Fresh seafood, professional service with breathtaking panoramic oceans views of Darling Harbour.
It was Nick's that we enjoyed a very lightly garnished, fresh, naked calamari and huge, delectable prawns. Our service was top-notch.
Machiavelli calls itself "the restaurant that means business" and you'd better believe it when they say it.
We're told that this is where Sydney's major movers and shakers dine -- the captains of industry and all the politicos. It's also a well-known hangout for celebrities that has, over the years attracted the likes of Bruce Springsteen, Sylvester Stallone and Whoopi Goldberg. And all this for a restaurant that is only open Monday through Friday. Can you imagine?
Established in 1988, Machiavelli has long been one of Sydney’s premier lunch time dining experiences but it also recently opened its doors for dinner, “As well as constant requests from our regular lunchtime clientele that we should open for dinner Monday to Friday, we felt that Machiavelli would also appeal to the growing number of city residents,” explained Giovanna Toppi, who runs Machiavelli with her daughter, Caterina.
“It’s easy to see that the Sydney Central Business District is going through a major profile change with more and more people now residing in the city in large apartment blocks,” she said. “Machiavelli now attracts a lot of regulars from city dwellers.”

As tourists, we joined the regulars at this classic Sydney eatery and were treated to one of the best meals we've ever had. Many on the wait staff at Machiavelli have been with the restaurant since it opened. So, the service is extraordinary. The bountiful, fresh salad and crispy bread that came to us before dinner were both fantastic and the penne bolognese was one of the best dishes of its type we've ever had anywhere in the world. Oh, my! The penne were heavenly, cooked to perfection in a sauce that gently caressed the pasta with just the right amount of ground beef. And all so fresh!
And where did we find that wonderful pizza?
Why, that was at Brunetti in the Italian section of Melbourne.
Brunetti has been delighting diners since 1985. It's staples are coffees and pastries but don't be fooled. This huge, opulent food hall has some of the best salads, pizza, pasta and bread you'll find anywhere.
Everything at Brunetti is done with care and flair. The setting is perfect in every detail with marble tabletops, terrazzo floors, gleaming brass railing and big, comfortable chairs.
The pizza is, well - just look at the photo. What you see is what Brunetti calls a single slice of pizza. Can you imagine?
And of course you mustn't leave Brunetti without a cappuccino and some pastry.
It's all magnifico! 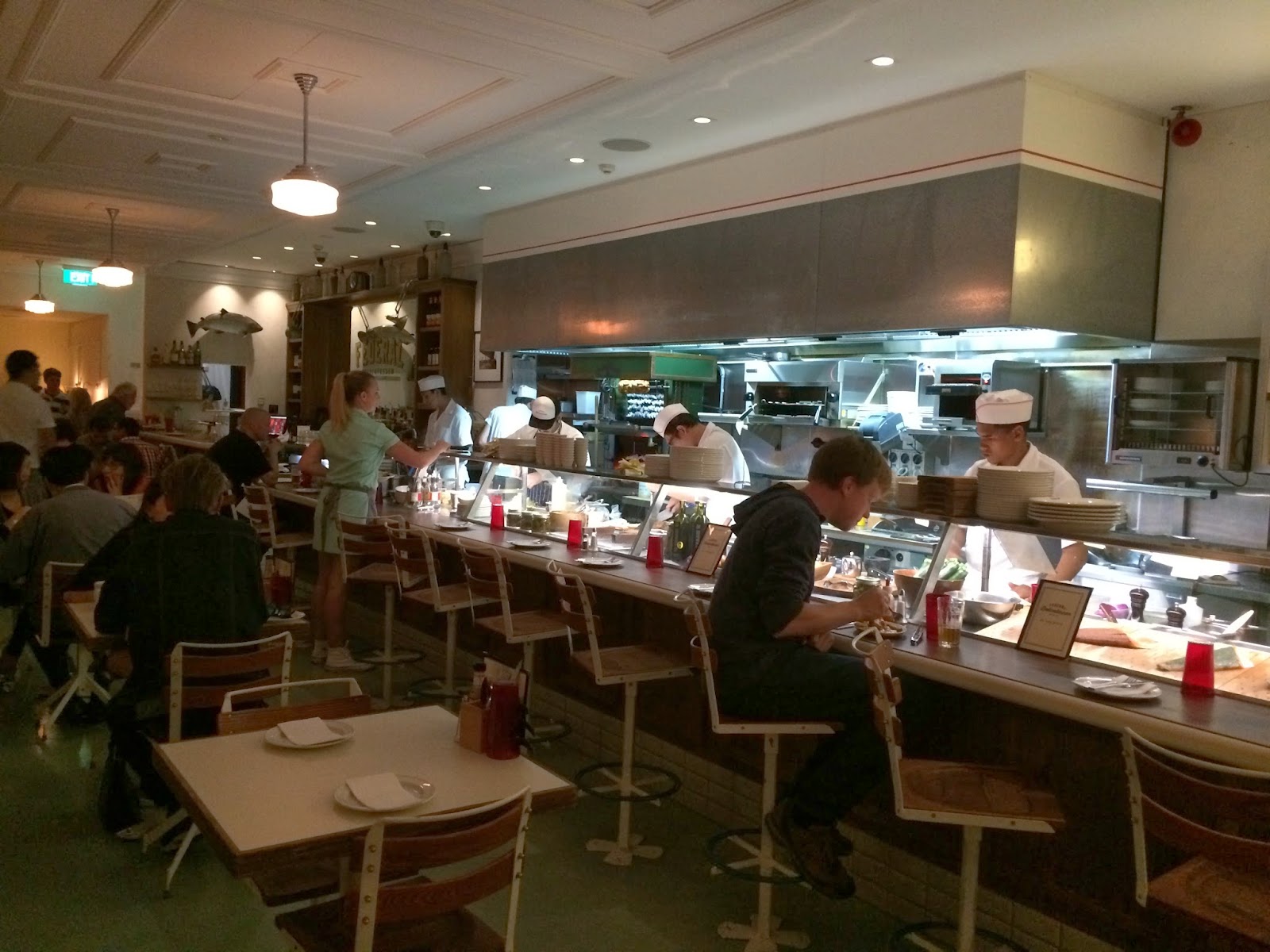 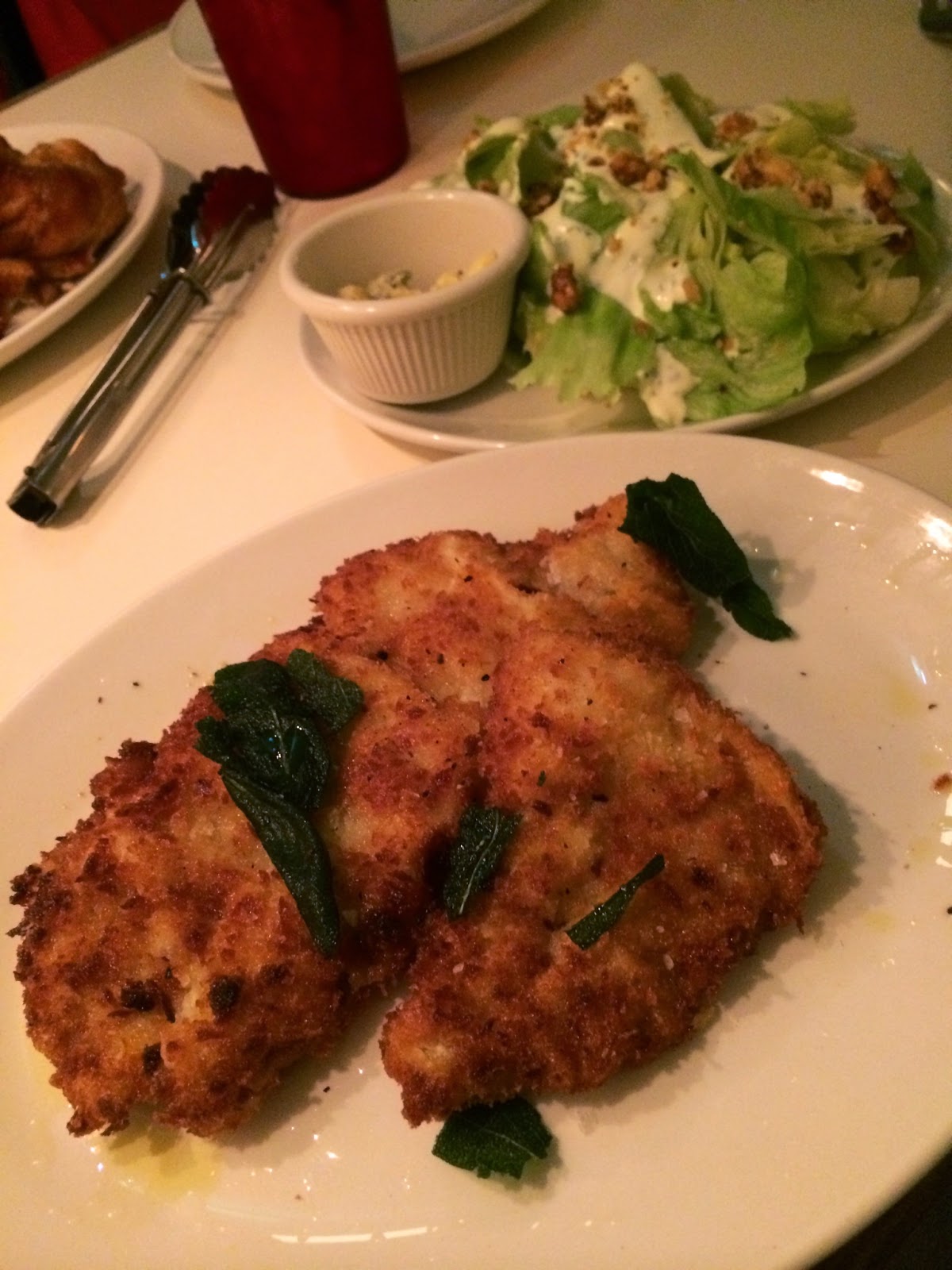 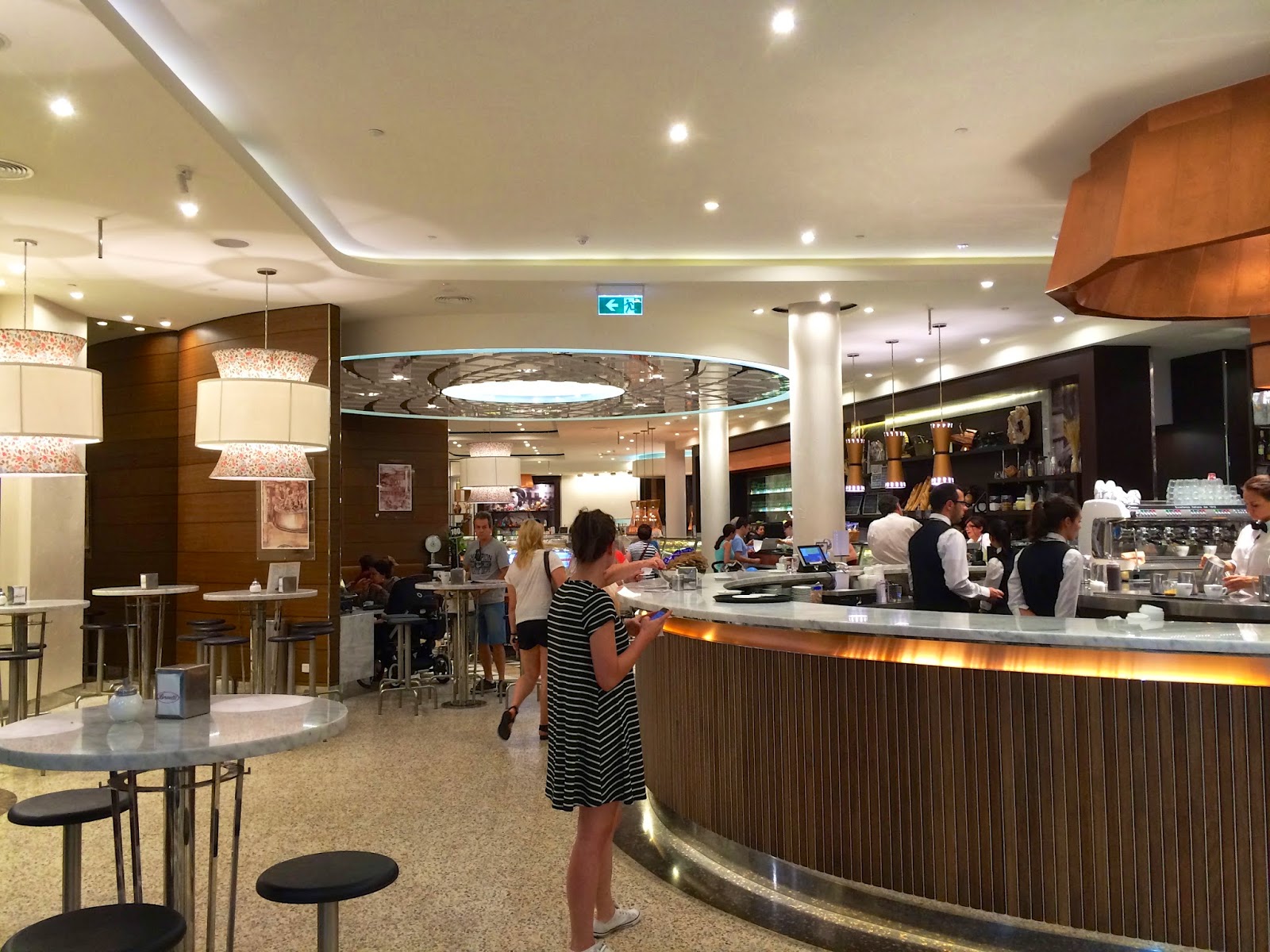 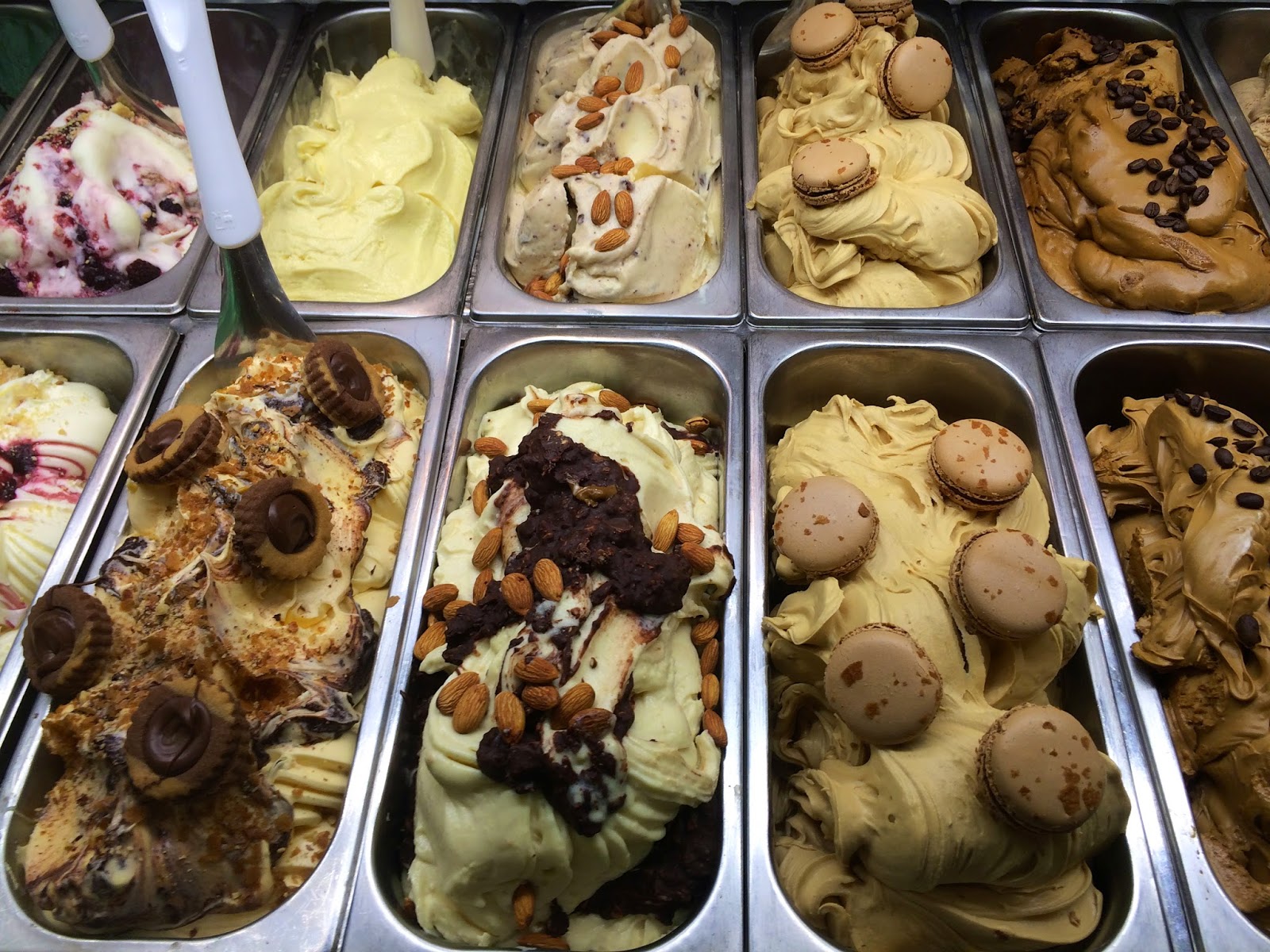 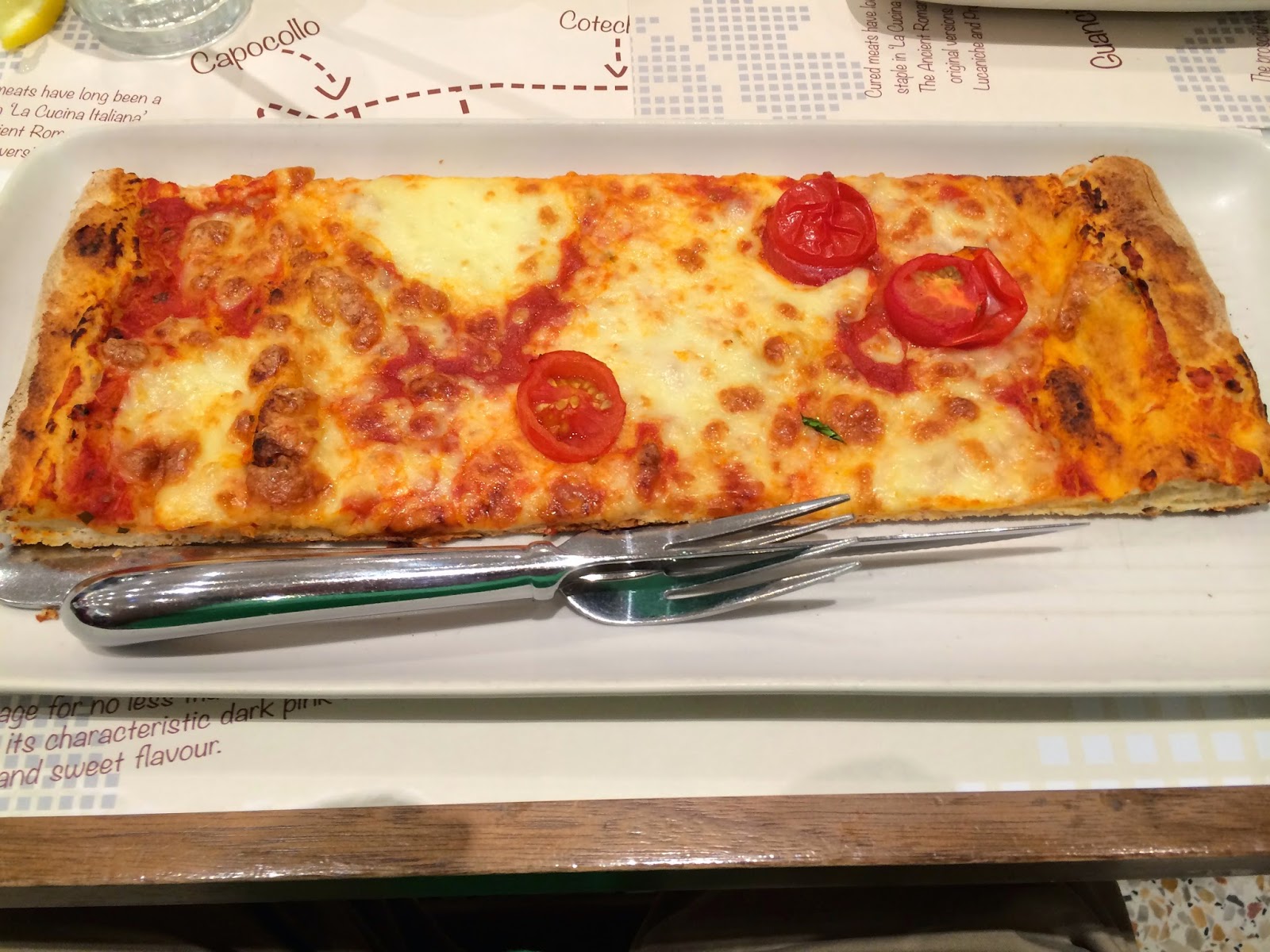 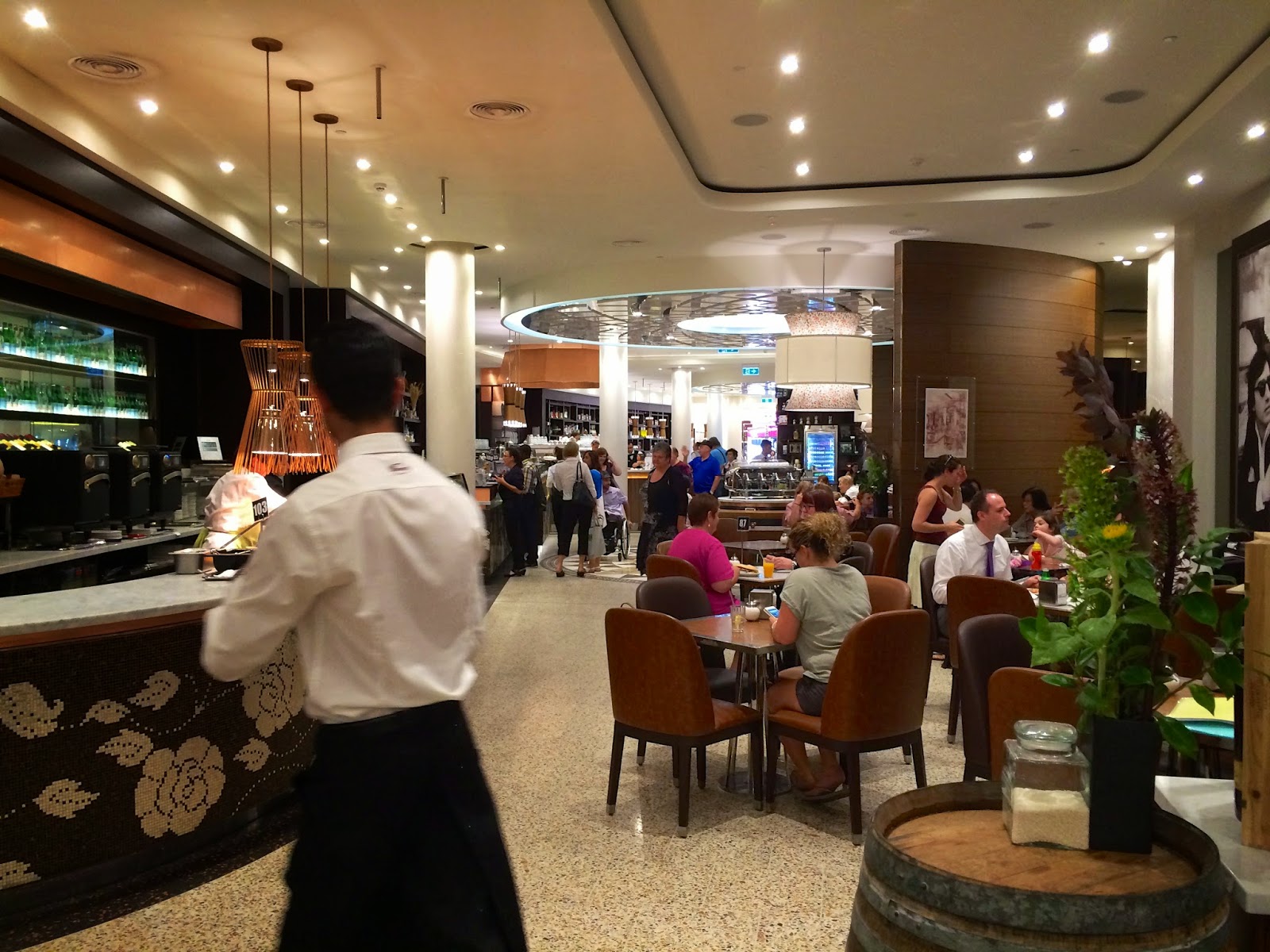 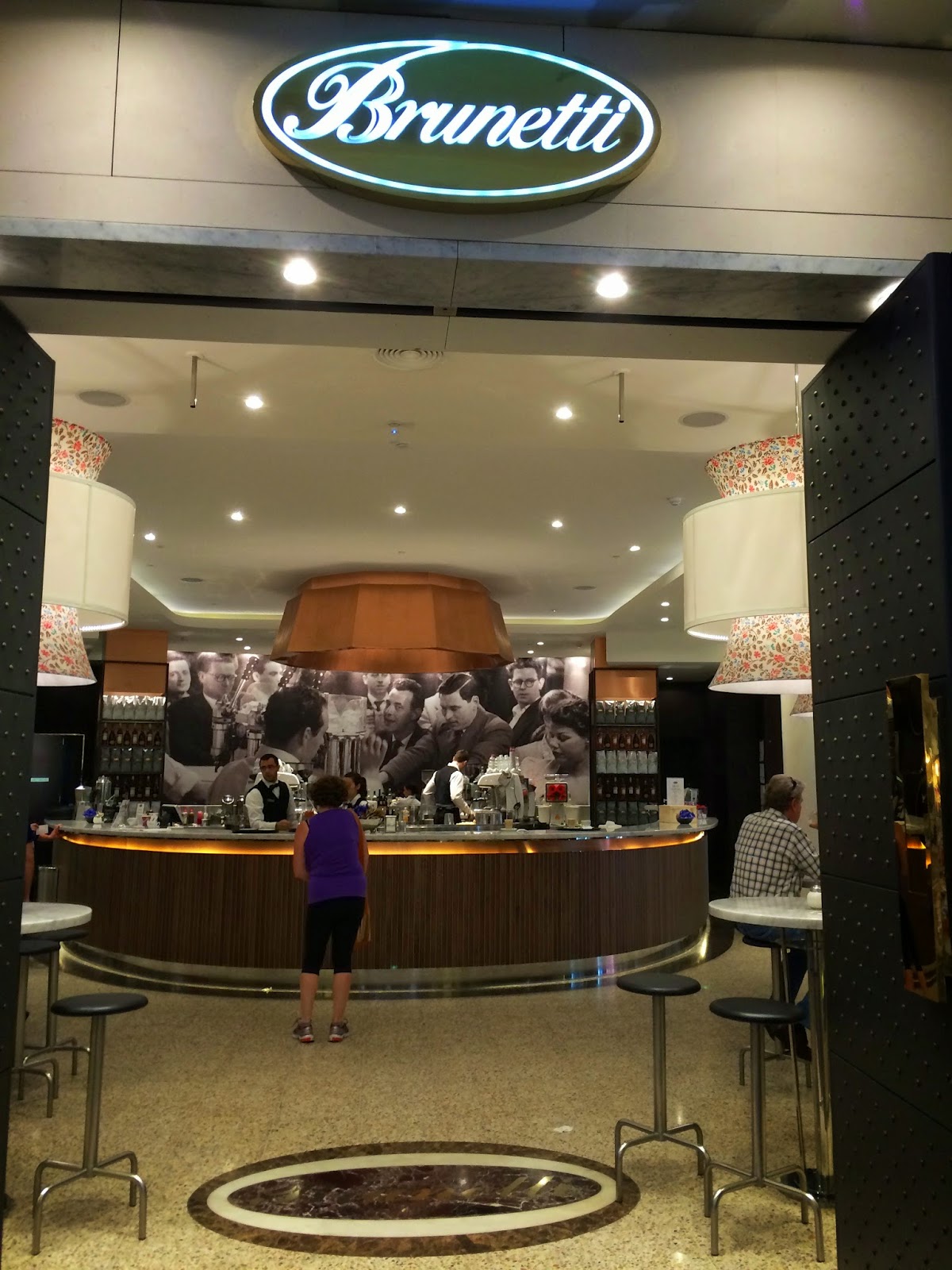 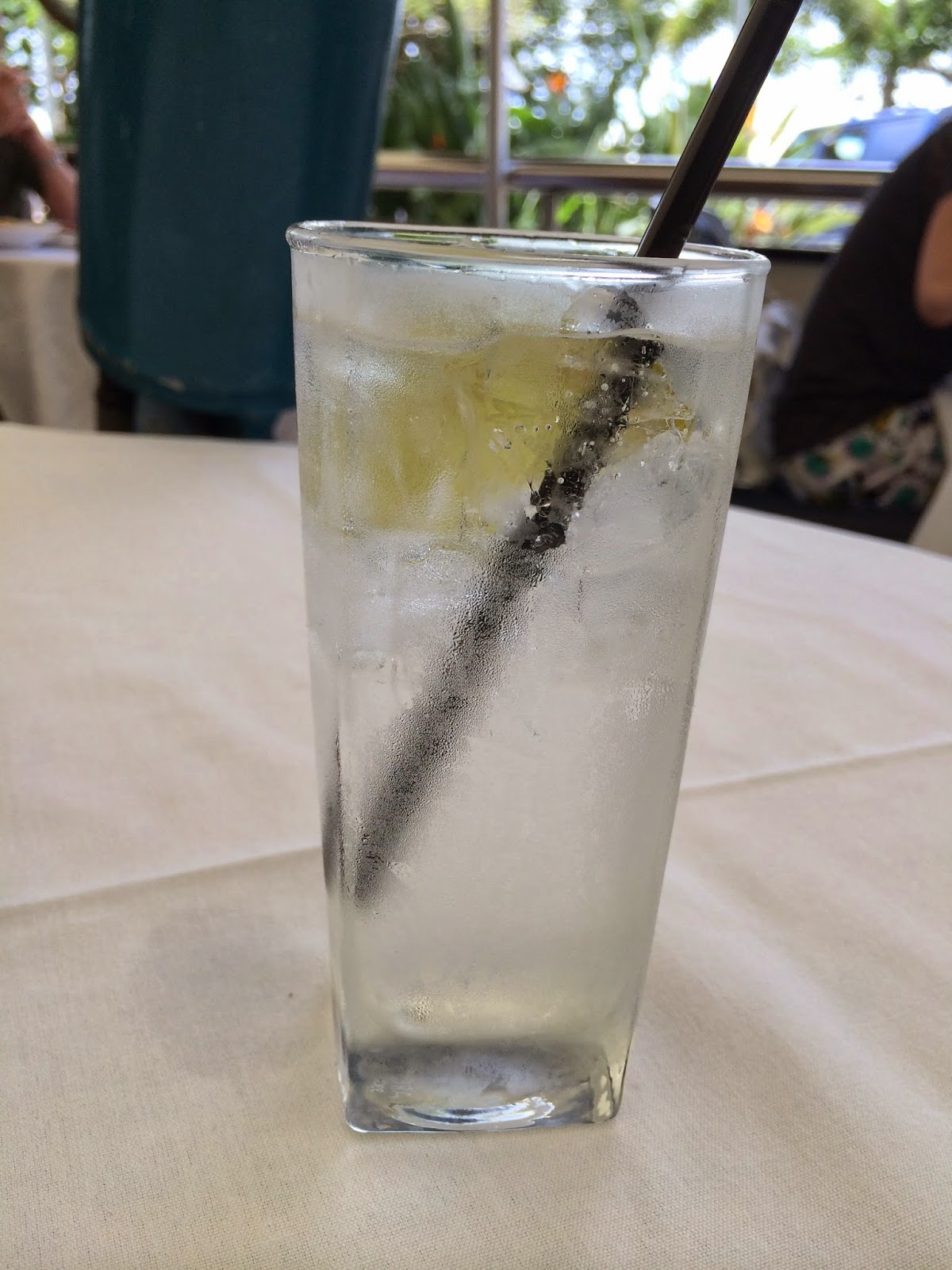 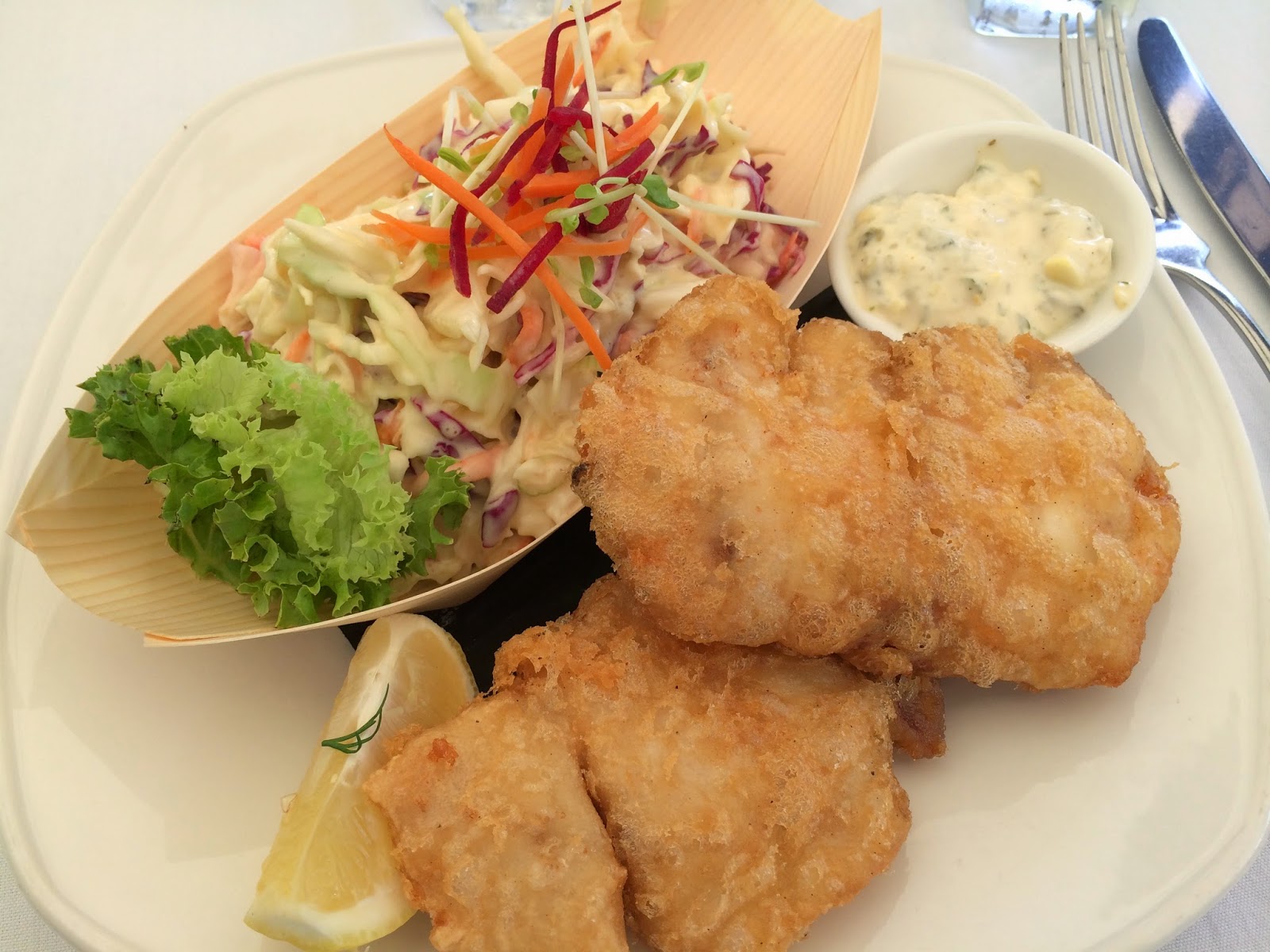 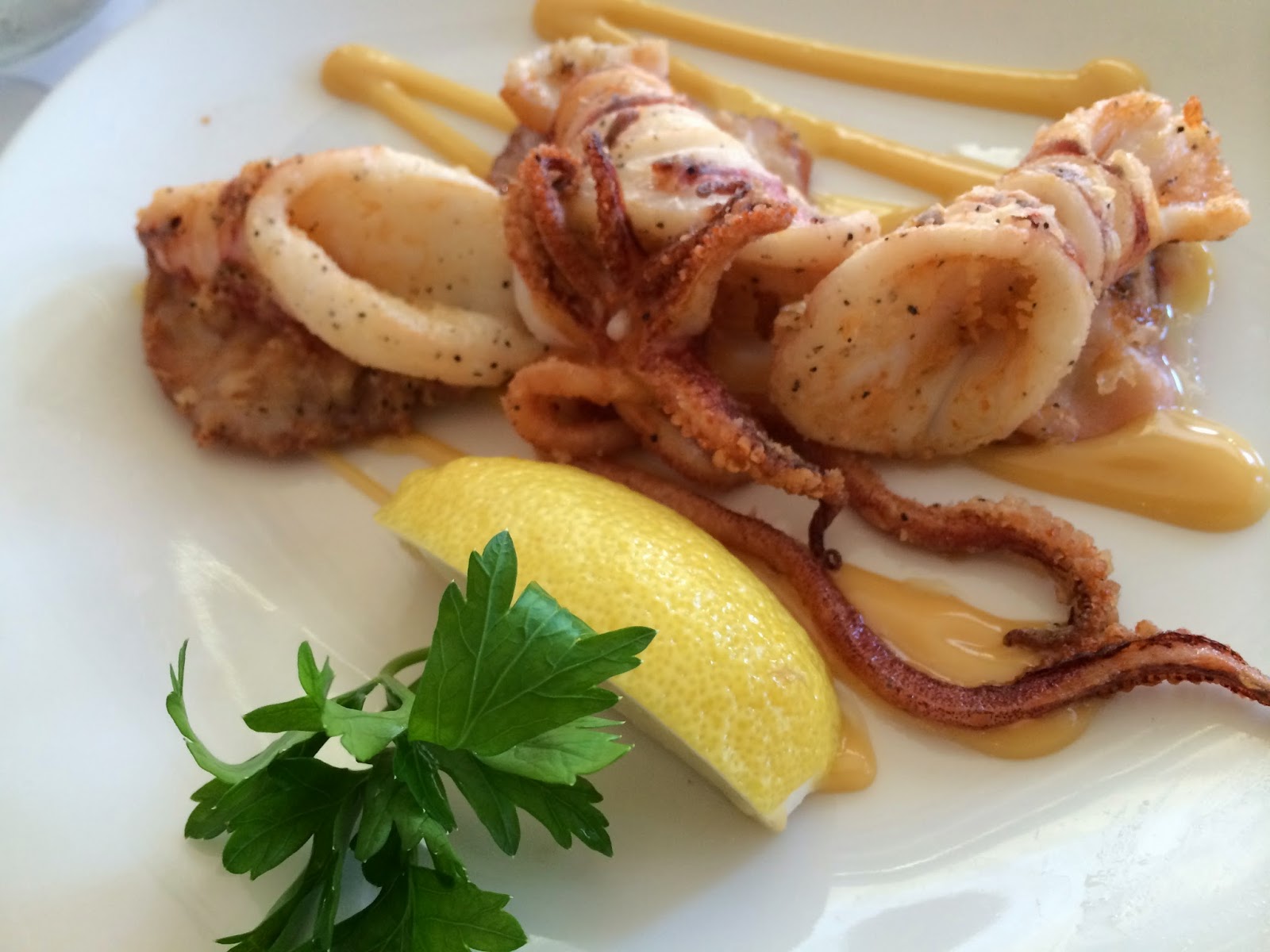 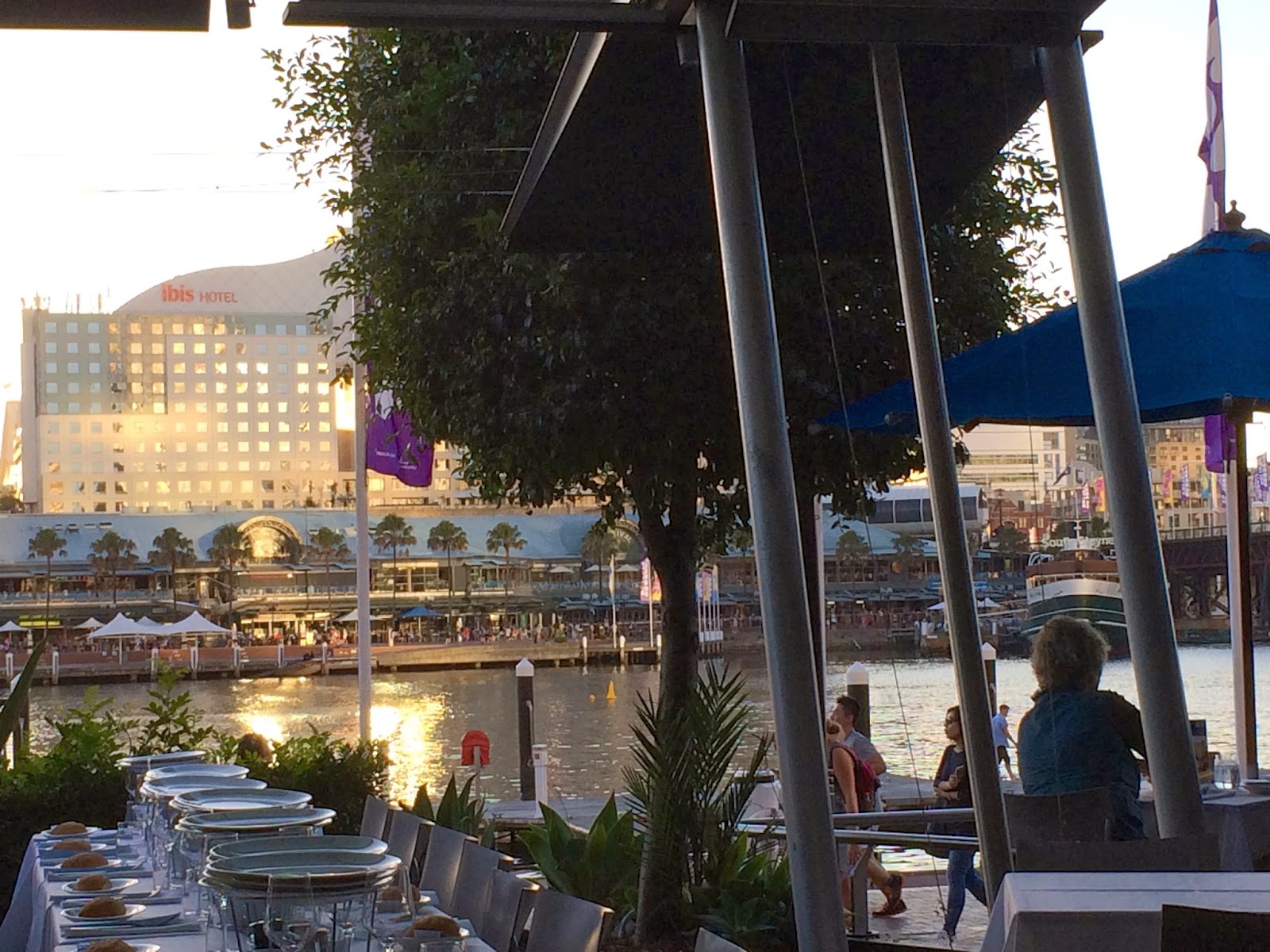 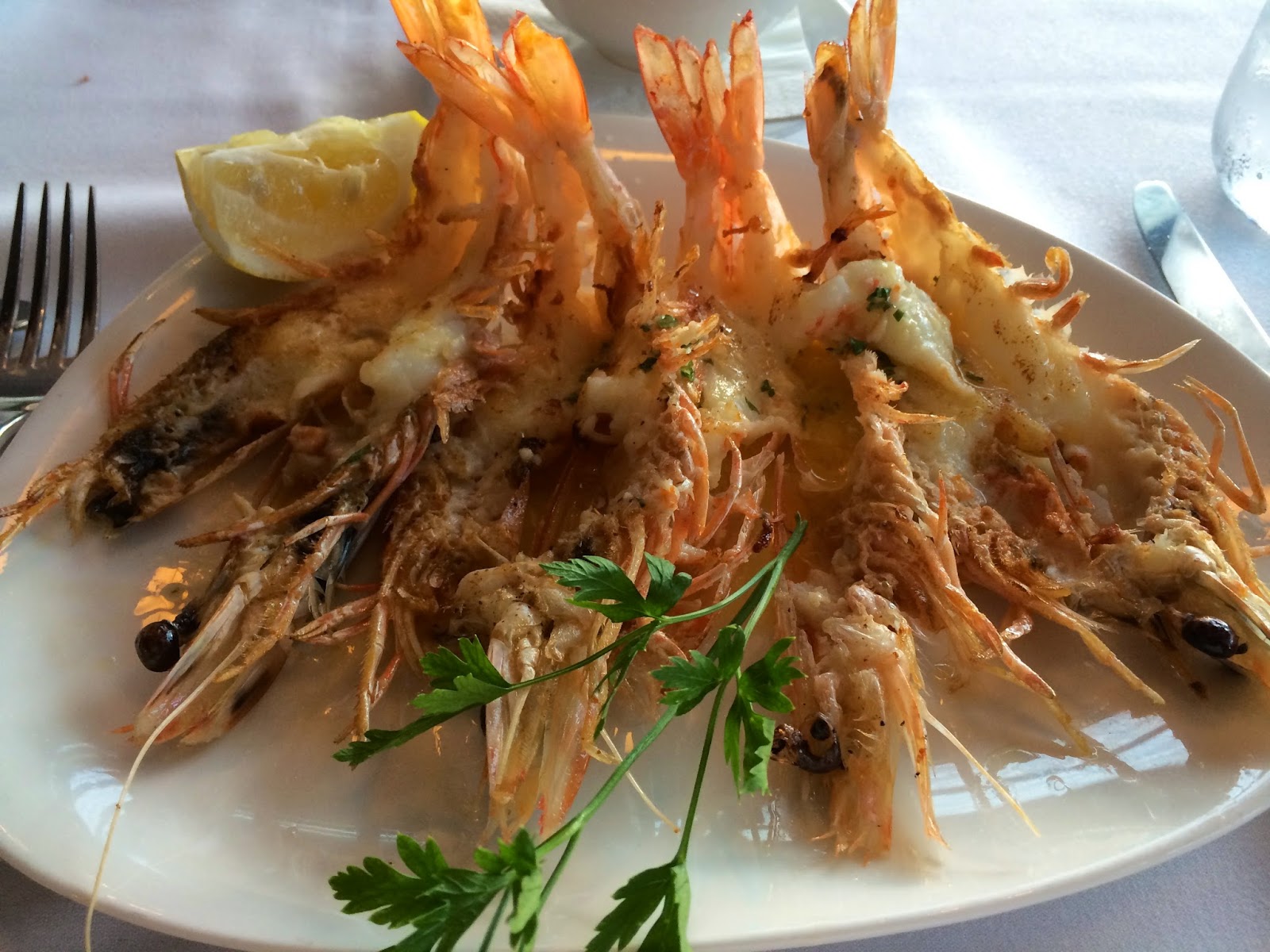 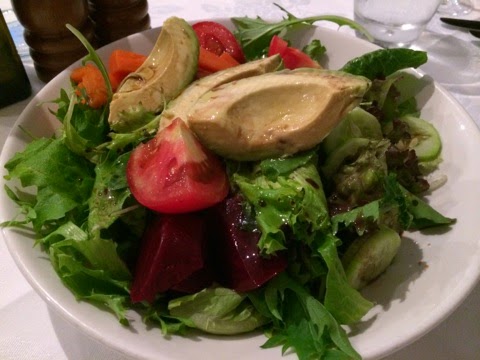 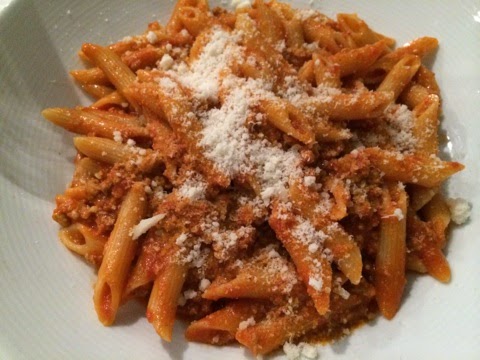 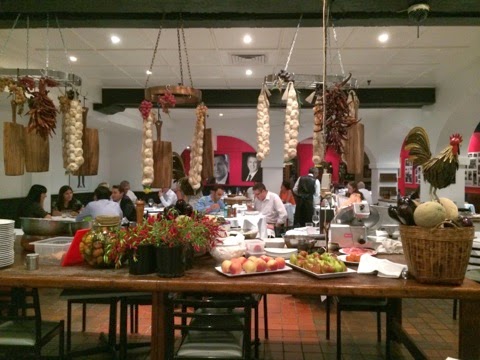 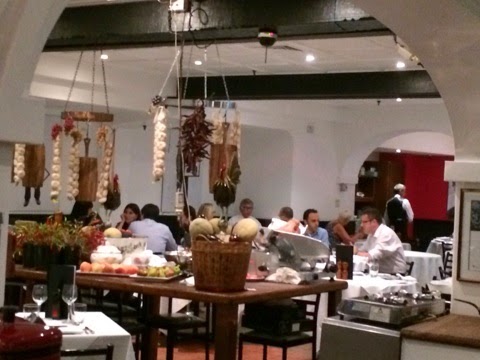 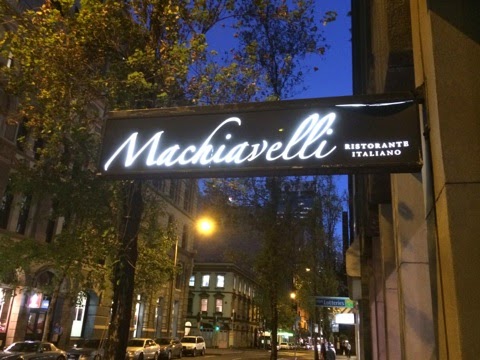