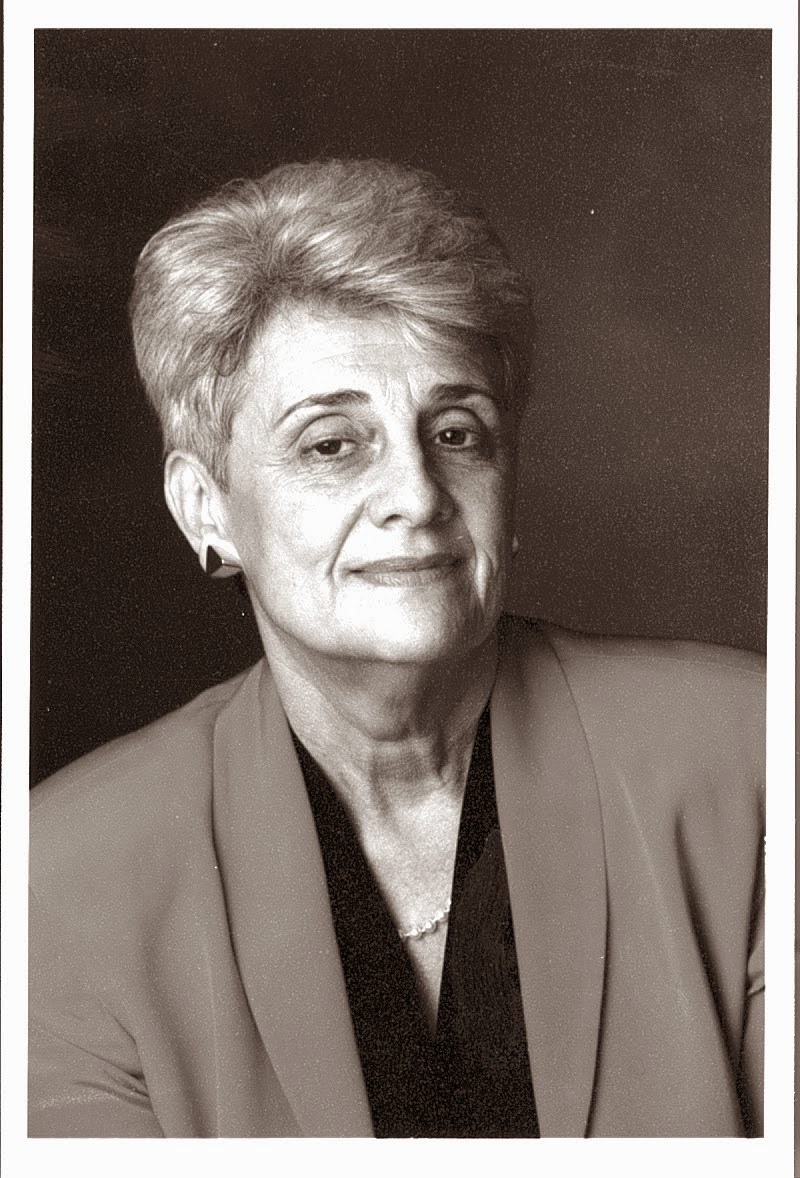 Before Women's History Month draws to a close, we wanted to mention one Very Important Woman who deserves to be recognized.
Because, it isn't often that you can say that you know an honest-to-goodness legendary figure -- someone who's made groundbreaking accomplishments and changed life for the better for millions. This is a woman who's kept true to her ideals and principles, who has not only charted new paths for others but who has fearlessly and tirelessly championed the cause of justice at every stage of her life.
And she's still making a difference every day.
We're referring to Philadelphia's own Arline Jolles Lotman; a lawyer, activist, scholar, researcher and commentator who is also a treasured friend to all those who have the good fortune to know her as we do.
Arline's been a trailblazer from the getgo.
She was the first Executive Director of the Governor's Office on the Status of Women appointed by Pennsylvania Governor Milton Shapp in 1972.
In that capacity, she faced tasks and challenges that came with no guidebook. But she wasted no time in getting right to work.
She drafted and implemented Pennsylvania's state ERA required changes to executive, legislative and administrative departments and agencies under the Governor's Executive Order mandate. Under her leadership, federal ERA ratification was secured for Pennsylvania -- no small feat at the time.

She structured and chaired investigative public hearings to end gender discrimination in the public and private sector in health care, and credit granting. In fact, she presented testimony before many state and federal entities, including Congress the FDIC and the NIH. She testified during hearings on health delivery and its related institutions.
Her work in these and other fields helped to bring about regulation changes for state regulated entities and voluntary public written notice adherence by the Pennsylvania State Retailers Association, which included department stores, providing all employed women, whether single or married, with equal access to loans, credit cards, etc. That in itself was a huge achievement because it freed woman to pursue their own lives.
Though her work sometimes brought immediate change, in some areas it took decades. With the NIH, for example it took 30 years to achieve some significant results and still gender discrimination has not been eliminated in the vast scope of health related matters
Arline continues to fight for public policy and legal advancements that embrace gender equality.At the Governor's Office on the Status of Women, Arline opened hearings on gender protocols on drug testing and NIH representatives were witnesses at those hearings. But only within the last ten years has NIH had a protocol to test drugs on women as differentiated from men. Arline was on this case long before that and she's still studying the gender  differentiated implications of health care and drugs.
To give you some idea of how far ahead of her time she was, take a look at this recent CBS 60 Minutes report on how drugs can affect sexes differently and remember that Arline Lotman's pioneering work helped bring this to light:

Arline Lotman was also one of the first women to assume leadership roles at the Philadelphia Bar Association. For example, she chaired the Association's Commission on Judicial Selection and Retention which evaluated candidates for all levels of state judiciary and even some federal court prospective appointees. She led a panel of attorneys and non-attorneys as reviewers of qualifications and was the first Chair to add diversity to the panel by expanding its members to include representatives from the Bar Association's Minorities in the Profession Committee and Women's Committee.
In 1992 she was appointed by Philadelphia Mayor Edward G. Rendell, and President of City Council, John F. Street to the Philadelphia Home Rule Charter Commission where she joined government officials, attorneys, business, political and civic leaders charged with statutory responsibility for drafting charter amendments for submission to the voters as ballot referenda. This was only the second time in the history of the City Charter that such a Commission has been impaneled.
Arline Jolles Lotman has been an adjunct professor at Georgetown University Medical Center, at Temple University and at the Villanova University Law School. She's served as President of the Temple Law Alumni Association, on the board of Temple's Law Foundation and on the Board of Visitors.
She has served on the American Bar Association's House of Delegates (the first woman Philadelphia Bar Association representative to do so)  and she has been a member of the ABA's Standing Committee on Election Law. She has also chaired the Philadelphia International Visitors Council and served on the University of Pennsylvania Public Interest Advisory Board. She's long been a champion of pro bono public interest work in the legal community and was one of the first to advocate for such work as part of the formal law school curriculum.
A prolific writer, Arline's work has appeared in the National Law Journal, the Philadelphia Inquirer, the Pennsylvania Lawyer and numerous other publications. She brings to everything she does not only her scholarly gravitas (JD, MA, ADR) but also her lifelong experience and keen insight. Over the years, she has generously mentored and encouraged women in all walks of life.
And here's the thing: Through it all, she remains irrepressibly human, lively, inquisitive, fiercely loyal and genuine to the core.
We are proud to know her and honored to salute her.