For REAL Insight Into Trump, Look To This Guy

"The public appears disposed to be
amused even when they
are conscious of being deceived."
-Phineas T. Barnum

This is a quote that I plucked out of Robert Wilson's splendid new biography simply entitled Barnum, An American Life.
I didn't know what to expect from this book which chronicles the life of the master of humbugs but I quickly found myself engulfed in the world of one of the most vivid personalities in all of American history.
And though this quote may on first reading trouble you, looking it over and reviewing it in context may not only assuage your fears but lead you to admire Barnum, the businessman and the master promoter. Because Barnum was saying that a bit of exaggeration or some stretching of the truth never hurt business, especially when the public is mostly in on the joke. 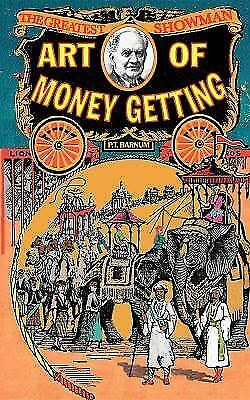 In truth, the "deceit" that Barnum references was always carried out with a wink and a smile and the public was "conscious" of it. And, after all, has there ever been a greater impresario of amusement than Barnum, the creator of the Greatest Show on Earth?
Well, since Barnum's death in 1891 it could be argued that only one man has even begun to approach Barnum's level of accomplishment as a builder, leader, showman, author, businessman and celebrated public figure. And that man would be none other than Donald J. Trump.
Now, let's be sure about this. Having read the definitive life of Barnum, when I compare Trump to Barnum I do so not derisively but favorably and, indeed, with commendation.
For the similarities between these two pop culture titans cannot be ignored. And for purposes of comparison, I'll exercise an author's liberty and [mostly] speak about Trump in the past tense. Here goes:
Both men were self-created personas. Each carefully molded his public image and re-molded it to fit the times. They created their own storylines.
Both men possessed outsize egos.
Both were driven to acquire huge sums of money.
Both  have written best-selling books on how to be successful in business and life.
They both espoused and celebrated an unabashed love of country and encouraged a sense of flamboyant patriotism.
Like Trump, Barnum sought and was elected to public office, twice as a state legislator and once as Mayor of a major city. In his day, he was even encouraged to run for president.
Both contributed mightily to the cities they called home by constructing buildings, opening businesses and engaging in philanthropy.
Both had an eye for the opposite sex and both men married much younger women later in life.
They both courted the company of famous people from all walks of life.
Like Barnum, Trump has sought favorable media attention all his life and, like Barnum he has feuded with newspapers and other media outlets when he felt they did not cover him favorably.
Both men loved New York and made it the center of some of their greatest attractions and most profitable endeavors.
Both not only amassed huge fortunes but inhabited spectacular abodes to showcase their wealth.
Barnum felt he could not be inauthentic and refused to "shake hands with those whom I despised." And obviously the same holds true for Trump.
To a very largely extent, even as they achieved wealth and fame, both men viewed themselves as outsiders.
As an elected official, Barnum never wanted to be perceived as or even compared to "an oily politician." Ditto Trump.
Both men began as Democrats but switched to the Republican Party where they achieved their greatest success.
Neither man could be contained nor pigeonholed merely in one profession or endeavor.
Neither could take "no" for an answer. The idea that something could not be done served as a challenge get it done.
Both took negative reviews as a catalyst to prove their detractors wrong.
Neither man was embraced by the elites of his day and both did not hesitate to disavow the self-appointed arbiters of taste and refinement. They eschewed high society.
Both embraced middle class values and swore off alcoholic beverages.
Like Barnum, Trump has always been fond of superlatives and is not content to merely be "better." Everything he touches must be the best, most wonderful, most spectacular.
And Trump also exhibits Barnum's high-energy and restlessness -- a refusal to stay put or be content with what is and a need to always, always tackle new challenges.
The similarities go on and on -- so much so that you might even think that Trump read Barnum's autobiography (written and rewritten by Barnum several times during his life) but Trump has never been an avid reader and it's doubtful Trump consciously patterned his life after anyone.
No, these are just two versions of notable American lives boldly, audaciously, extravagantly lived. But it's the "American" part of it that defines the lives of Trump and Barnum. For, only in America, it seems, is all this possible. Only America could produce such personalities.
Yes, Barnum was a marketing genius -- a visionary who won worldwide acclaim and gained respect even among those who at first dismissed him. He actually became a beloved American patriot.
In the end, the lives of Barnum and Trump epitomize the American spirit -- daring, brazen, relentless, disruptive, boisterous, defiant and singularly consequential.

BTW: There is absolutely NO evidence that Barnum ever said "there's a sucker born every minute" or anything like that even though the quote has often been attributed to the legendary showman. We offer the following from Quote Investigator:


Quote Investigator: QI has located no persuasive evidence that Phineas Taylor Barnum who died in 1891 spoke or wrote this saying. Researcher Ralph Keyes presented a skeptical stance with his assertion in “The Quote Verifier” that “No modern historian takes seriously the routine attribution of this slogan to P. T. Barnum.”