How Ed Rendell Became The Face Of A Fiasco 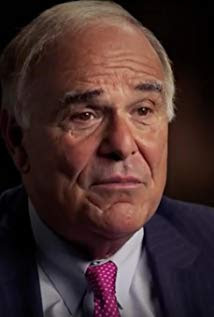 We've long pointed to Ed Rendell as the last great Mayor of Philadelphia.
But, it's ben a long time since Rendell was Mayor and it's even been quite some time since he was Governor of Pennsylvania. Mayor, Governor, Chair of the Democratic National Committee -- Rendell did it all. But he did it a long time ago. And, when we say "long" we also mean long[er] by 21st century standards, which is to say very long in the age of social media and cyberspace.
Anyway, the intervening years have not been kind to Rendell.  His marriage broke up, his health is failing (Parkinson's and back ailments) and he lives alone with with his dogs no meaningful public role or title to call his own.
Things might have looked brighter for Rendell if Hillary Clinton had been elected. Rendell had a lot riding on that race. But we all know how that turned out and more than three long years later the Clintons are history. Hell, even Obama is history now!
Anyway, Rendell's still trying to stay in the spotlight. He's raising money for Joe Biden's campaign and a story in this month's Philadelphia magazine has Rendell talking about being some kind of infrastructure czar in a Biden administration. Well, politics teaches us never to say "never" but . . . .
A recevoir of goodwill toward Rendell gives him a wide berth and no city is more forgiving of its loyalists and civic champions than Philadelphia.
But Rendell's upfront role in the latest drug injection center scheme has been a sorry chapter for him and is bound to leave even former devotees wondering.
Rendell joined the board of Safehouse, the nonprofit that hoped to open an injection site in South Philly. But the whole thing was never fully vetted with nor approved by the community and even members of Philadelphia City Council felt left out of the loop and were put off by Safehouse's shennanigans. Characteristically, Philly's slippery Mayor Jim Kenney said he backed the effort but was conveniently nowhere to be found when the whole thing blew up amidst predictable public outrage. Hey, don't mess with South Philly!
And so, in the end it was Rendell who became the scoundrel.
And unfortunately he looked the part -- a conniving old pol trying to pull a fast one.
We wish it hadn't come to this. But when you don't know when to hang up the megaphone, this is what happens.
Posted by Dan Cirucci at 5:00 PM