Let's Not Force New Voices To Wait TOO Long! 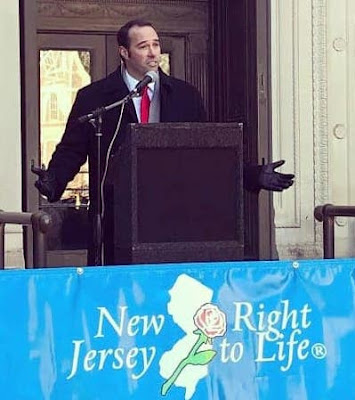 Some of us may have forgotten when we were young upstarts with all the hope in the world.

Maybe it’s because I’ve spent a lot of time around young people, first as an elementary school teacher and later as a university lecturer.

For whatever reason, I usually find it worrisome when a dedicated, hard-working young person has to stand aside and wait while someone closer to the end of his or her career continues to hold the spotlight — or simply trades one starring role for yet another.

And if you think this doesn’t happen more often than not, look at what 30-year-old Brian Fitzherbert has just endured.

After seven months of relentless campaigning, traveling tens of thousands of miles in his own car, racking up 30 key endorsements, and corralling over 200 grassroots donors, Fitzherbert has taken one for the NJ GOP by withdrawing his candidacy for Congress in New Jersey’s second congressional district.

His selfless leadership should be applauded throughout the Garden State.

Why did this happen?

Unless you’ve been under a rock, you know that last December, incumbent Democrat Congressman Jeff Van Drew, 67 announced his intention to switch to the Republican Party, gaining President Trump’s oval office endorsement for re-election. And the President committed to last week’s big rally in Wildwood which showcased Van Drew. No surprises there. To veteran pols, instantly gaining a congressional seat is a dream come true.

Naturally, the state Republican Party fell in line for the President’s choice and Fitzherbert gracefully withdrew. 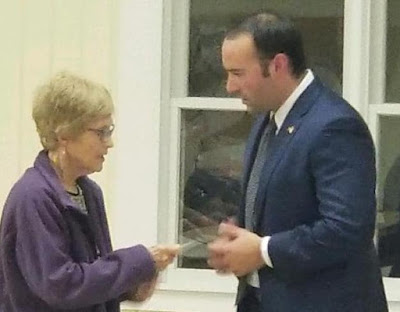 So, we never got to see Fitzherbert’s well-organized grassroots congressional campaign in the primary race.And we never got to watch him run against David Richter, who attended high school here in Cherry Hill.

Full disclosure: my money was on Fitzherbert. Why?

Fitzherbert is one of the most high-energy individuals I’ve ever met.

He’s a staunch conservative, and professionally accomplished far beyond his millennial peers. Here’s the thing: he has the mind of a political operative but doesn’t do politics for a living. He’s a defense contractor for a multibillion-dollar company and has a title that most in his industry don’t reach until they’re later in their career. As Program Manager for L3Harris Technologies, Fitzherbert is already conditioned to frequent trips to Washington D.C. to support the military and Coast Guard. 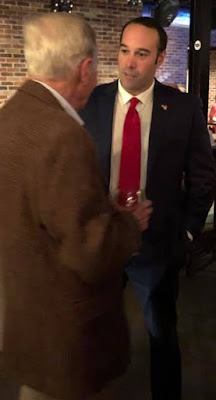 Before that, Fitzherbert worked for another defense contractor, Textron, another Fortune 500 company that builds helicopters, jets, drones, bombs, simulators, and other products that support the military.

Fitzherbert was recruited out of Miami University (Ohio) by Textron and over the course of seven years, was deployed to six divisions across the United States assuming increasingly important roles. These jobs took him away from South Jersey to Texas, Maryland, South Carolina, Kansas, and Massachusetts. Along the way, Textron footed the bill for Fitzherbert’s graduate degree at the Whiting School of Engineering at Johns Hopkins University.

Prior to his career in defense, Fitzherbert, a New Jersey native, was a member of the United Food and Commercial Workers (UFCW) union for seven years, working at ShopRite through high school and college. In fact, it was a job at ShopRite that brought Fitzherbert to South Jersey as a teenager. His family spent every summer in Ocean City and when he was old enough, he made South Jersey his home.

Fitzherbert first ran for Congress in 2018 when former Republican Congressman Frank LoBiondo announced his retirement. Though that effort was derailed by legal wrangling over petition signatures, Fitzherbert didn’t leave the scene. He was tapped by Atlantic County Republican Committee Chair Keith Davis to form the Atlantic County Young Republicans (ACYR), a group that quickly morphed into one of the biggest in the state with over 100 members.

Then, Fitzherbert was quickly chosen to be the Vice Chair of the Young Republican Federation of New Jersey (YRFNJ) where he used his networking abilities to deploy a team in October 2019 to assist then-candidate Mike Testa in his successful bid for a State Senate seat. He brought in nearly 50 Young Republicans from Massachusetts, New York, Pennsylvania, and Connecticut to join New Jersey in hitting nearly 3,000 doors for Testa in one weekend. There’s no doubt that that same Young Republican army would’ve been used to assist Fitzherbert in his own campaign. 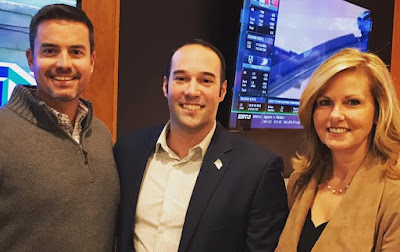 Brian Fitzherbert is mature beyond his years and he’s an inspiration and a role model for young people. But, for those of us who’ve been around awhile longer, he provides great hope for the future.

I watched this young man put together a first-rate campaign team and attract impressive backing at a breathtaking rate. And he remained, calm, respectful, cheerful, level-headed and remarkably focused every step of the way.

It almost felt like another key Republican was announcing support for Brian every day. He knew how to organize a team. He knew how to gain support. He knew how to use social media to transmit his message He raised more funds in the district during the primary than Seth Grossman in 2018. And he was absolutely tireless. I marveled at his indefatigability. Fitzherbert had almost all the pieces of a winning campaign.

But now it’s February 2020, and Brian has had to step aside.

And he’s been an incredibly good sport about it. 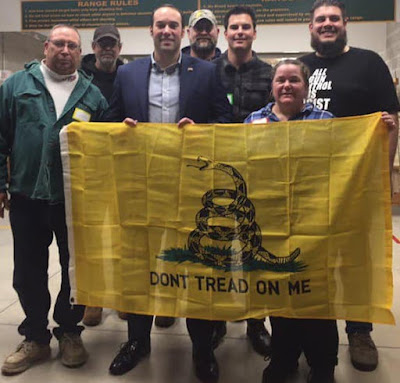 He was on scene in Wildwood for the Trump rally along with other leaders.

Which brings me to my major point: The New Jersey Republican Party would be wise to promote Fitzherbert as much as they can as part of the future of the party. Whether that’s in his continued capacity with the Young Republicans, a run for the Atlantic County Freeholder Board or for the Assembly in the second legislative district, leadership roles in the NJ GOP, the RNC, or the Trump Administration, it would be wise to showcase this rising star.

Though it may seem safer and easier to opt for the known commodity over the newest alternative, such a course may actually be perilous — especially when raiding an opponent’s camp. Plus, when we lock out the opportunity that new voices bring us, we deny our past and may foreclose our own future.

That’s why it’s important to keep someone like Brian Fitzherbert involved and save a place for him down the road, sooner rather than later.
Posted by Dan Cirucci at 4:21 PM