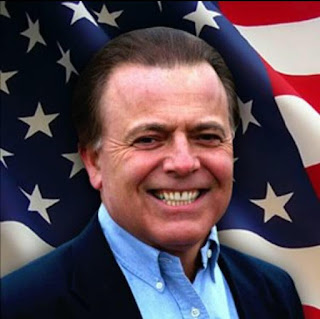 “Our veterans understand better than anybody the sacrifices made by a man who stood tall as a hero in not one but two of our nation’s transformative wars, including losing an arm and eventually making the ultimate sacrifice in the Civil War,” said Pennacchio (R-26). “I am proud of the veterans organizations that have added their voices to this discussion.”

The state’s two largest groups representing vets, the American Legion and the Veterans of Foreign Wars, have risen up in defense of Kearny’s legacy.

“One of the missions of the Veterans of Foreign Wars is to ensure the sacrifice of American service men and women are honored and never forgotten,” said Barbara Kim-Hagemann, state commander of the VFW Department of New Jersey. “General Kearny, a legendary hero of the Civil War, was killed in action at the Battle of Chantilly, Virginia on Sept. 1, 1862. He, like many other American heroes, sacrificed his life to reunite a divided nation and free the oppressed from slavery. His actions that day ensured the freedoms that all Americans cherish today. The Veterans of Foreign Wars, Department of New Jersey, strongly opposes the removal of General Kearny from the National Statuary Hall.

“In a time where only 0.4% of Americans are currently serving in uniform, along with a growing military vs. civilian divide, it is more important than ever that statues and memorials honoring our military heroes stand as a reminder of the sacrifices required to keep our great country free,” Kim-Hagemann continued.

The Senate passed a bill last week that would formally request the Joint Committee on the Library of Congress to approve the replacement of Kearny’s likeness in the statuary collection with an image of Alice Paul, a leader in the women’s suffrage movement.

“The American Legion, Department of New Jersey strongly opposes the proposal to replace the statue of Major General Philip Kearny in the National Statuary Hall of Collection,” said John D. Baker, department adjutant for The American Legion Department of New Jersey. “Alice Paul deserves to be recognized with a statue and a suitable place should be found, but not as a replacement to MG Kearny.”

Pennacchio voted “no” and spoke against the legislation on the Senate floor.

“This isn’t about picking one or the other,” said Pennacchio. “Alice Paul dedicated her life to women’s rights and our society is better and stronger for it. General Kearny gave his life fighting to free the slaves in the Civil War. Without a doubt, they were both great representatives of New Jersey and great Americans, but our heroes are not disposable. Kearny’s contributions cannot be diminished by time and should not be diminished by legislation.”

“General Kearny represents the men and women who put on the uniform every day and risk their lives for the United States of America,” Pennacchio said. “Alice Paul deserves the highest honor, but not at the expense of a military hero who gave his life to make all men and women free.”