City On The Take 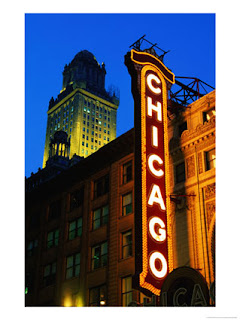 Seeing the wonderful new production of Pal Joey on Broadway over the weekend made us think once again about Chicago.
Joey is a two-bit con artist and a cad -- a user who manipulates others in Chicago in the 1930s.
But what does it matter when the story takes place?
It's Chicago.
And the town hasn't changed in nearly a century: 20s, 30s, 40s, 50s, 60s, today . . . Chicago has always been a Town On The Take.
When Mae West said to Cary Grant: "You can be had," it startled movies audiences.
But no such statement would ever startle anyone in Chicago.
Anything and anyone can be had in the Windy City. Everyone and everything is negotiable - or fungible, if need be.
The town is corrupt. It's for sale.
From Al Capone in the 20s to Daley's thugs in the 60s to Blago and Rezko today, Chicago is epitomized by characters who are only in it for themselves.
It's a culture of corruption.
You really will see things on State Street ("that great street") that you "won't see on Broadway."
Unless, of course you're watching Pal Joey.
Posted by Dan Cirucci at 6:29 AM