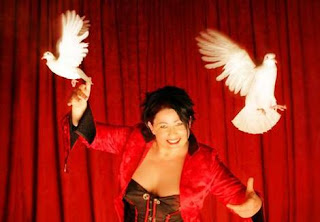 From Karl Rove in the Wall Street Journal:
Mr. Obama's economic team met with congressional leaders in December to green light a bill costing up to $850 billion. But they described less than $200 billion of what they wanted in the envelope. In return for outsourcing the bill's drafting to Congress, the administration took on two responsibilities: running polls to advise Hill Democrats on how to sharpen their marketing, and putting the president on the road to sell a bill others wrote.
About Karl Rove
Karl Rove served as Senior Advisor to President George W. Bush from 2000–2007 and Deputy Chief of Staff from 2004–2007. At the White House he oversaw the Offices of Strategic Initiatives, Political Affairs, Public Liaison, and Intergovernmental Affairs and was Deputy Chief of Staff for Policy, coordinating the White House policy making process.
Before Karl became known as "The Architect" of President Bush's 2000 and 2004 campaigns, he was president of Karl Rove + Company, an Austin-based public affairs firm that worked for Republican candidates, nonpartisan causes, and nonprofit groups. His clients included over 75 Republican U.S. Senate, Congressional and gubernatorial candidates in 24 states, as well as the Moderate Party of Sweden.
Team Obama was winging it when it declared the stimulus would "save or create" 2.5 million, then three million, then 3.7 million, and then four million new jobs. These were arbitrary and erratic numbers, and they knew there's no way to count "saved" jobs. Americans, being commonsensical, will focus on Mr. Obama's promise to "create" jobs. It's highly unlikely that more than 180,000 jobs will be created each month by the end of next year. The precise, state-by-state job numbers the administration used to sell the stimulus are likely to come back to haunt them as well.
Bipartisanship? The administration failed even to respond to GOP offers to endorse an Obama campaign proposal to suspend capital gains taxes for new small businesses.
Inexplicably, the president, in a prime-time press conference, raised expectations for Treasury Secretary Tim Geithner's bank rescue plan, which turned out the next day to be no plan at all. The markets craved details; they got none. When markets cratered, spokesmen didn't acknowledge the administration's poor planning, but blamed the markets.
Team Obama was also winging it on enhanced interrogation of terrorists. First it nullified all the Bush administration's legal authorities before considering what rules it should have in place. When the CIA briefed White House officials on the results obtained from these techniques, the administration backtracked and organized a four-month study of what rules were appropriate.
Something similar happened with the promise to close Guantanamo Bay within a year: The administration has no idea what it will do with the violent terrorists detained there. And on ethics, Mr. Obama proclaimed an end to lobbyist influence in government -- even as he was nominating lobbyists for major posts and filling White House ranks with former lobbyists.
Team Obama has been living off its campaign reputation for planning and execution. That reputation is now frayed, and all the bumbling and unforced errors will have an impact. Such things don't go unnoticed on Capitol Hill or in foreign capitals.
The president, a bright and skilled politician, has plenty of time to recover. The danger is that what we have seen is not an aberration, but the early indications of his governing style. Barack Obama won the job he craved, now he must demonstrate that he and his team are up to its requirements. The signs are worrisome. The world is a dangerous place. The days of winging it need to end.
Posted by Dan Cirucci at 6:02 AM