Santelli Speaks For Many! 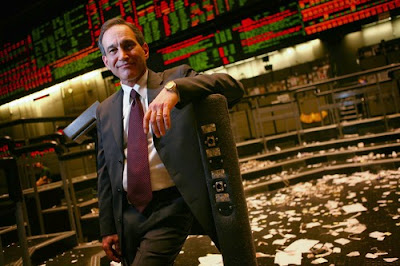 From Phil Rosenthal at the Chicago Tribune:
CNBC's Rick Santelli's self-described rant on TV last week, bemoaning that "the government is promoting bad behavior" with Presideent Obama's mortgage bailout plan, clearly resonated with many Americans, made him a viral video star and drew a White House rebuke. . . .
With an allusion to communist Cuba and traders around him voicing their support, Santelli said from the Chicago Board of Trade floor early Thursday on CNBC: "This is America! How many of you people want to pay for your neighbors' mortgage that has an extra bathroom and can't pay their bills? ... President Obama, are you listening?"
Someone at the White House was. At his briefing Friday, Obama press secretary Robert Gibbs shot back—hard—likely out of concern for the traction the so-called Rick's Revolt could gain. "I feel assured that Mr. Santelli doesn't know what he's talking about," Gibbs said.
Yet Santelli's rant, the points he raised and the White House response were the talk of the Sunday-morning TV roundtables, an acknowledgment that he had given voice to many unhappy with where the bailout seems headed."About this populist backlash, I think they're worried [at the White House], and rightly so," National Public Radio's Mara Liasson said on Fox Broadcasting's " Fox News Sunday."
"In this kind of a situation, you want to be dishing out the populism if you're the president. You don't want to be on the receiving end."
Santelli said the issue, in his view, isn't political. It's philosophical. . . .
"I understand what derivatives and toxic assets are. I was in that business. These things are complicated, and I don't know that the taxpayers should own them."His goal, he said, was to spark a debate.
Posted by Dan Cirucci at 6:02 AM