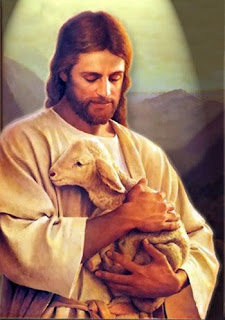 From the Associated Press:
Americans named President Obama as their No. 1 hero, followed by Jesus Christ and Martin Luther King, in a new Harris poll.
Others in the top 10, in descending order, were Ronald Reagan, George W. Bush, Abraham Lincoln, John McCain, John F. Kennedy, Chesley Sullenberger and Mother Teresa.
People were asked whom they admired enough to call their heroes. Those surveyed were not shown a list of people to choose from. The Harris Poll was conducted online among a sample of 2,634 U.S. adults by Harris Interactive.
This question was first asked in a Harris Poll in 2001. In that survey Jesus Christ was the hero mentioned most often, followed by Martin Luther King, Colin Powell, John F. Kennedy and Mother Teresa.
The biggest changes upwards on this list into the top 10 since 2001, apart from Barack Obama, were:
— George W. Bush was rated only 19th in July 2001, when he had been president for six months, and is now number 5 on the list.
— John McCain, who was not in the top 20 in 2001, is now number 7.
— Chesley Sullenberger, the pilot who landed his jet safely in the Hudson River, is ranked number 9.
Heroes who were in the top 10 in 2001 who have fallen sharply this year include:
— Colin Powell, who was number 3 and is now number 16.
— John Wayne, who was number 8 and has dropped out of the top 20.
— Michael Jordan, who was number 9 and is no longer in the top 20.
— Mother Teresa, who was number 5 and is now number 10.
Posted by Dan Cirucci at 6:34 AM