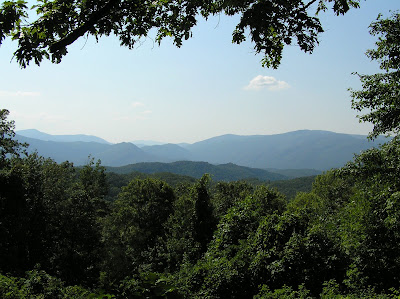 Believe it: We're just a stone's throw from Woodstock, NY.
The days have been sunny with blue skies and the evenings have been crisp and beautiful here with a dazzling galaxy of stars in the sky.
The mountains make for a perfect backdrop to this most scenic setting.
And today we'll be in Woodstock.
But no, we're not here to commemorate the anniversary of anything and we're certainly not here because of that event in 1969. We didn't come to Woodstock for that then and that's not why we're here in the Woodstock area now.
This is not to say that we wouldn't have attended that event in 1969.
We probably would have if only we had known it would have been so eventful. But, at the time, who knew?
No, we're here for an event that's very much of the here and now.
Our reason for being here is not about then, it's about now - and about the future, not the past.
We're here because of tomorrow, not yesterday. We're here because of new beginnings, because of all that's worth looking forward to.
So, that should give you lots to think about; or at least give you a hint as to why we're here.
You figure it out.
We'll tell you more in an upcoming blog.
Posted by Dan Cirucci at 5:59 AM