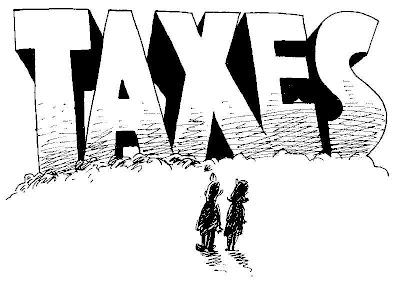 Day by day, the tide is turning in New Jersey, the former tax 'n spend capital of America.
Today, New Jersey Governor Chris Christie's Office announced the support of 39 mayors from Bergen, Essex, Hudson, Passaic and Union counties for Governor Chris Christie’s Cap 2.5 constitutional amendment and Reform Agenda to bring real property tax relief to New Jersey families.
Mayors are on the frontline of the property tax crisis, forced to deal with ballooning expenses, unfunded mandates, and cost-drivers which in many cases they have little control over.
“The Christie Reform Agenda is the change we need to put a firm cap on property taxes and empower the people with the tools to control their own future,” said Linden Mayor Richard Gerbounka. “Our hands have been tied, hindering our ability to control skyrocketing costs and resulting in rising property taxes. Mayors across the state should stand up and support Governor Christie’s Cap 2.5 Reform Agenda in order to provide real property tax relief right now.”
Last week, the Governor outlined a sweeping 33-bill reform package to solve New Jersey’s property tax crisis and control spending at every level of government. The centerpiece of the plan is Cap 2.5, a constitutional amendment creating a 2.5 percent cap on property tax increases.
Property taxes have grown an astonishing 70% over the last ten years, resulting in an average annual property tax bill of $7,281 on New Jersey families – the highest rate in the nation. Cap 2.5 will halt the astonishing growth in property taxes while the Christie Reform Agenda will give towns and school boards the tools needed to control spending to make Cap 2.5 both realistic and achievable.
Posted by Dan Cirucci at 6:37 PM