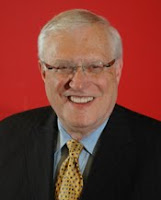 Bravo to Cherry Hill Mayor Bernie Platt for taking on the Cherry Hill School District's numerous and overpaid school administrators.
And Bravo to Cherry Hill Council President Dave Fleisher and the Cherry Hill Town Council for saying the right thing, doing the right thing and taking direct, strategic action to cut the School District's runaway budget.
Fleisher actually wants to give Town Council a line-item veto on voter-defeated school budgets and I agree with him.
This isn't about the kids. It's about a school district bloated with administrators and bureaucrats at every level.
At last night's Town Council meeting the Mayor got it right when he said: "People are angry and they believe the administrators of this school district are overpaid." That line prompted enthusiastic applause from the residents and taxpayers at the meeting.
Following up on a decisive "NO!" vote by residents on the school budget, Council unanimously directed the Board of Education to cut $2.5 million from the defeated school budget.
Council members suggested two cuts of $800,000 each -- in administrative expenses and in funds set aside for salary increases under a labor contract that is still being negotiated. They also urged the district to scrap a "curriculum initiative" that is set to cost $400,000. And they said the district should expect $500,000 in breakage -- savings due to retirements of older, higher-paid teachers.
The defeated budget would have raised the school tax by $122.17 for an average home. It sought the maximum 4 percent school tax levy increase.
The message to the Cherry Hill School District couldn't be more clear: Get rid of the bloated bureaucracy!

And this type of thing is replicated throughout the state.
In fact, relatively small New Jersey has 3,591 school district admin staff members with an average salary of $106,000.

So, Governor Christie is right.
Runaway municipal and school district taxing and spending must end.
School elections and fire district elections should be folded into regular primary and general elections to save costs and increase voter turnout.
Wherever possible, functions and costs should be shared and overlaps between entities should be eliminated.
In the towns and school districts, spending increases must be capped at 2.5% unless exceeding the cap is approved by the voters.
And local entities should receive and use the Governor's Toolkit for Lowering Costs.

No baloney. No excuses. No nonsense. Let's get it done!
Posted by Dan Cirucci at 12:48 PM