'Letters To Juliet' Is A Delight 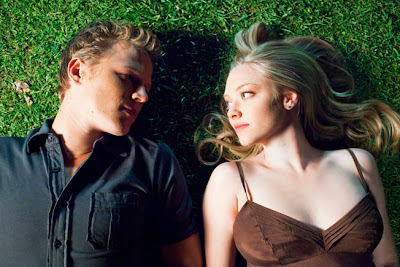 Over the weekend the new movie Letters to Juliet opened and it is a delight.
If you're looking for light-hearted romance this summer this is the movie for you.
In this film, An American girl on vacation in Italy finds an unanswered "letter to Juliet" -- one of thousands of missives left at the fictional lover's Verona courtyard, which are typically answered by a the "secretaries of Juliet" -- and she goes on a quest to find the lovers referenced in the letter.
The journey that she undertakes will change her life and the lives of everyone involved.
The film stars Amanda Seyfried, Gail Garcia Bernal, Christopher Egan Venessa Redgrave and Franco Nero.
Since this is a road trip movie it's important to note that the scenes of Italy are absolutely breathtaking and the movie is worth it if only for the spectacular scenery.
But the acting is largely first rate and the story is certainly uplifting though nonetheless implausible. Still, this isn't real life and no one is pretending that it is. This is a what the film critic Judith Crist used to call a "movie movie." It's a flight of fancy.
This film is actually a companion piece to the 1979 film A Little Romance in which the late Laurence Olivier played a role similar to the role that is played here by Redgrave. Of course, A Little Romance which also starred the great Diane Lane and was directed by George Roy Hill, was a superior film. And of course Lord Olivier was superb.
But this summer you will have a fine time with Letters To Juliet. Put it on your list under "light summer fare."
BTW: It's great to see Franco Nero back on the big screen. His role here is small but his presence is huge throughout the film.
Posted by Dan Cirucci at 6:08 AM