Sharron Angle In The Vanguard 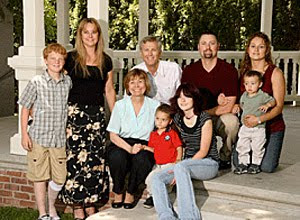 Something really big is happening in the Republican Party and Sharron Angle, the candidate nominated by GOP voters in Nevada to take on the despicable Harry Reid is a good example of this.
Sharron Angle is a former teacher, not a career politician.
She first made a name for herself by fighting her own party on an attempted $800 million tax hike -- a battle that went all the way to the U.S. Supreme Court.
As the proud grandmother of ten, Sharron Angle says she wants to do everything in her power to ensure America's next generation is not forced to pay the bill for the gross misconduct of today's elected leaders.
Nobody thought she could defeat her Washington-backed opponent in the Republican primary but she did because of her uncompromising support for conservative principles. She seemed to come out of nowhere to triumph over the other candidates in the year of a new brand of citizen leaders.
Sharron Angle is a conservative warrior who has fought endless battles against taxes, spending, and liberals in both parties in the Nevada Assembly.
If Sharron Angle defeats Harry Reid in November, it will trigger a political earthquake that will shake Washington to its core. Nothing would do more to stop President Obama and his radical agenda than defeating Harry Reid.
Let's wish her the best!

Yes, but don't forget that Sue Lowden was on her way to winning until she said that we should barter for medical care, then stuck by the statement.