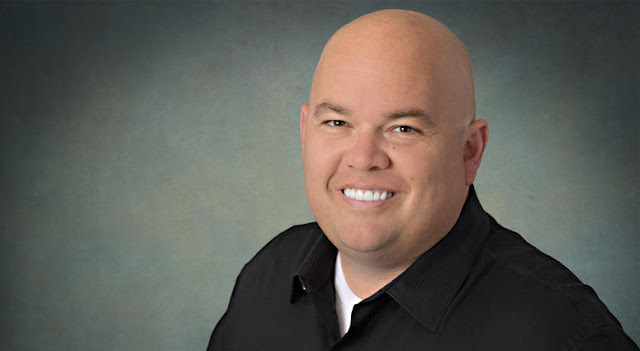 Chris Stigall, one of our favorite radio talkers, is off the air in Philly.
If you tuned into the Stigall show during AM 1210 (The Big Talker) drive time this morning, you didn't hear Chris. Instead, you heard someone filling in for him. Philadelphia Magazine says 1210 decided not to renew Stigall's contract and the parting is reportedly amicable. Stigall, a Missouri native, came to Philly in 2010 after a stint in Kansas City.
We've noticed that Stigall seemed to have been taking an awful lot of time off lately and so we thought something might be up.
Stigall could be combustible at times and, to us, had always seemed to be a frustrated comic.
Lately, it appeared as if he was searching for new angles and elements to keep the show engaging. And he's sometimes appeared to walk a fine line with some of his jokes and comments but that's an occupational hazard in the talk radio world.
But we always enjoyed the show and Chris will be hard to top. We certainly wish him the best.
'One final thought: Ya gotta hand it to Dom Giordano. The Dean of Philly Talk Radio outlasts them all. He's the hardest working radio guy we now. Nothing stops Dom. He's the Ultimate Survivor -- and with good reason!
H/T: PhillyMag, Victor Fiorillo
Posted by Dan Cirucci at 11:51 AM

Well this stinks, the folks that are filling in are horrible, I won;t be tuning into 1210 until 12:05. Chris made the mornings for me, I struggled through Dom just to get to Rush and Rich. I wish Chris well and will listen to him when he surfaces's again.

I'm sorry to hear this. I won't be listening to 12:10 anymore in the morning. He always spoke honestly &that's refreshing now a days in radio. wishing alot of luck with future indeavors

The fill ins are insufferable. I'm forced to switch to the all news station now.

Now I have absolutely no reason to listen to this station other than 6PM when the Levin program airs. And sometimes not even then because some idiot programmer at WPHT seems to think the station is a sports channel instead of conservative talk. Their 9AM personality during the week is a nauseating ex-school teacher, who seems to think his show is some sort of classroom. He'll repeat the same statements over and OVER... and OVER. Sometimes a dozen or more times within the first 25 minutes of the show. If there ever was a person with serious narcissistic problems it's this dufus. Culturally he is very pedestrian, as and has no problem conveying his pedestrian views concerning art, music to the public. Do your listeners a favor, "put a sock in it". He hardly takes any calls, and when he does they are "well selected". As far as the Zeoli show, without his on air "laugh track" he is hardly entertaining. The only real in-house talkshow host this station has is Dan Gaffney on saturday. He takes alot of calls, he is engaging, entertaining and informative. He should be the new weekday morning host. But that probably will never happen-- unless... Dan changes his last name to Gaffnini,or Gaffnino or DeGaffno, or something Italian because this station seems to prefer just that. Their daily in-house line-up says just that.......just saying...

I am absolutely disappointed that Chris will no longer be on WPHT.
I share the sentiment of those who posted.
I will not be tuning in to WPHT & will find my morning Conservative voice elsewhere:
Thank you Chris for being such a beacon of conservatism,
I will listen to Rush on another station.I wish you Godspeed to you & your family.
You will be missed, but I hope we can hear you on air again very soon, wherever you land.

March 18th, and six and one half hours of this boring douche from the 9am slot starting at 5:30am. I tuned him out at 5:32am and tuned in to the other conservative talk channel down the dial. Screw WPHT.

You guys made a big mistake probably some young nitwit making a decision not to reup his contract. This new guy just talks.. ................

I miss Chris but there is an upside: we are not hearing the news lady laugh non stop about nothing,

I agree with wazcarp, HUGE mistake, Chris was one of the most entertaining hosts on radio and, except for Mark Levin, there's no real reason to listen anymore and Mark can be found elsewhere.

I no longer wake up to an engaging professional. Instead there's a lumbering fill in with tons of "ums and ahs" which drives me up a wall or Dom who is somewhat tolerable in the early morn but then redundant in his regular slot. When I get to work, I have to change the dial in the office. I'll be looking for Stigall elsewhere but for now, no WPHT in the morning.

I desperately miss Chris, he made my morning. He was so informative and funny - I enjoyed the "Toast of the Week" and the "Pet of the Week". Nobody can replace him, please bring him back at all costs, he's worth it.

" lumbering fill in with tons of "ums and ahs" "

This pretty much sums it up.

A fascist bites the dust.

I switched to Sirius, miss Chris and cannot tolerate the unending ah, ah. um, ah, um of Bolton. chris was the most entertaining host in years. Huge mistake not keeping Chris