How Much Longer Can New Jersey Hang On? 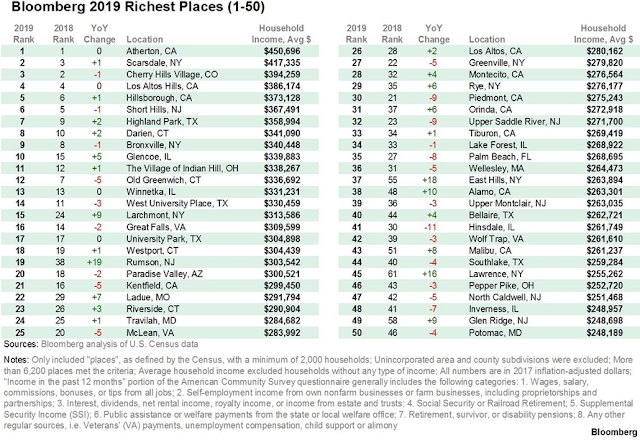 So, look at this chart from Bloomberg.
New Jersey still has six towns among the wealthiest places in the country: Short Hills, Rumson, Upper Saddle River, Upper Montclair, North Caldwell and Glen Ridge.
But New Jersey is losing people who populate such towns as Phil Murphy and the Democrats continue their runaway tax 'n spend polices -- even placing taxes on such things as rain. We are one of the highest taxed and most over-regulated states in the nation. People who pay a lot in taxes are fleeing New Jersey and people who pay little or nothing in taxes are moving in. In many cases, makers are being replaced by takers.
Wake up, New Jersey. The hour is late!
Posted by Dan Cirucci at 9:46 PM