Not Just Late In The Game; Late To This Round, Too!

Here we have an old union warhorse talking to a bunch of union bosses assembled in the innards of the Washington DC swamp and he greets them with "It's good to be home!"
As if that didn't;t tell you enough, he then he makes a joke (and not a very good one) about accusations of inappropriate touching, stroking and hugging that he's facing.
The "home" that Joe Biden is feeling comfortable in is a figment of his imagination -- a nostalgic, wished-for-world based on what must now be only vague recollections. It's a home in the world of Big Labor when labor was able to deliver Big Wins for old-time liberal Democrats with a Bid Edict from the top, all the way down to the rank and file. And those orders from on high were followed like gospel. Joe Biden relied on those mantras -- those universal pronouncements. They helped to put him on the map. They became his calling card. They made him who he is today.
But now, that's the problem. Today is a different world. 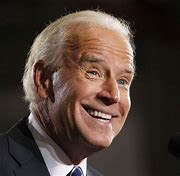 And Biden is a leftover from an old world -- a world where Powerful, Very Well-Connected Men did as they pleased. In that world, your personal space didn't matter because people like Biden had power and influence and access to money that erased any personal considerations you might have held dear. It was a world where men like this said what they wanted to say and did what they wanted to do whenever and wherever and to and with whomever they wanted. And you did not cross those men.
No, you did not cross the thick-necked, in-your-face union bosses that Joe Biden still calls "pals". And you did not cross the entrenched pols that he routinely schmoozed.
But unions retain but a fraction of the influence they once had.
And, as Donald Trump has amply and brazenly demonstrated, they can't tell anybody how to vote anymore.
What's more, entrenched pols can't recast themselves quickly enough. Just ask Chuck 'n Nancy.
Which means that Biden is foolish to think that attending a union rally with cheering crowds somehow grants him the equivalent of a grand slam home run, no matter how comfortable he may feel in that environment.
Because Biden just doesn't fit into the political world of 2020. There's simply no place for him. He's an old crooner suddenly dropped into a era of rap and hip hop. It's sort of like Tony Bennett trying to sing Going Bad along with Meek Mill and Drake.  It's beyond laughable. It's pathetic!
After his appearance in front of the union group today Biden went outside to chat with the assembled, mostly sympathetic media as they breathlessly awaited his every utterance.
Looking old and irritated, Biden actually said "I'm not sorry for anything I ever did." But then, Biden's bifurcated "not-quite-an-apology" became more complicated as he added: "I'm not sorry for my intentions. I'm sorry for not understanding [how people felt]"
Biden's convoluted explanation and double-talk only reinforces his reputation as an old time, shell-game-playing politico.
Biden also announced today that he's waiting so long to enter the presidential race because "I want to be the last person to announce."
Ya know, like the way EVERYONE arrives before The Queen and patiently waits for Her Majesty!
Posted by Dan Cirucci at 7:54 PM