Outrage At Flyers Continues To Grow . . . 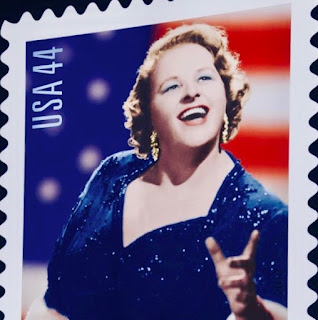 It's hard to imagine a dumber public relations move than the Flyers recent banishment of the beloved singer Kate Smith and her classic rendition of God Bless America.
And now, one week on, the outrage over this continues to build.
Here are excerpts from a letter to the editor of the Philadelphia Inquirer from Cory Steiner:


It’s very rare that I get riled up any more about much of anything, but the picture of the covered up statue of American super-icon Kate Smith (on the front page of the April 20th Inquirer) blew my mind; a statue which has since been removed. The emotionally crippled elite of Philly have declared Kate Smith a racist based on a song sung 90 years ago whose actual purpose was to mock racism. The 2nd song of concern was also sung by black cultural super-icon Paul Robeson. I’m a Jewish former full-time Active Duty Marine so I know a thing or two about real racism and a lot about the real America. . . . This terrible and destructive behavior has to stop with The Flyers departure from my consciousness not a bad place to begin. Not sure why The Flyers would fall prey to this next installment of the anti-America agenda, but they don’t exist anymore so I don’t care. Many, regardless of which end of the political spectrum they reside, are critically concerned about the direction some are trying to take our nation. We need look no further than moral obscenities like this to find the root cause.


And then there's this from Dennis Malloy at radio station NJ 101.5:


It looks to be yet another case of a knee jerk reaction to what seemed like a horrible occurrence. Once it came to light last week that Kate Smith recorded songs back in the 1930's that were racist, the NY Yankees and Philadelphia Flyers both took immediate action to remove her likeness from their arena and delete her rendition of 'God Bless America' from their playlist. Through some careful thought and easy research, information has come to light that Kate was a pioneer in working with and helping black entertainers of the day. One of the songs in question was actually a parody and a mocking of white supremacy and was also recorded by our own Paul Robeson, a pioneering African American civil rights leader.Just like in the Covington Kentucky High School kids that got misrepresented in the media in D.C., and the Jussie Smollett fake racial attack back in January, this seems to be another hasty rush to judgement before the facts were in. At the slightest hint of misbehavior when it comes to race, the mob jump in to judge and organizations fall all over them selves to create distance from the controversy. When the dust settles and the facts come out, in some cases the damage is already done.


And this, excerpted from a column by Paul Dougherty at the Cincinnati  Enquirer:


Once more, to make sure we have this right: Two sports teams are blackballing a dead singer for a song she sang 80 years ago that wasn’t called God Bless America. In a less enlightened time. When it was OK to do so. So OK that Paul Robeson, an entertainer who happened to be African-American, performed the same song.
There is a difference between hate speech and saying something unwise. It’s not a subtle difference. It’s the difference between Charlottesville and Kate Smith. The more we jump on Kate Smith, the less we take seriously Charlottesville. The line becomes blurred.
Vigilance is a good thing. Constant moralizing isn’t. . . .
When everyone is afraid to speak, no one will. Where will that leave us?
We’ve been a nation of robust discussion that allows for the flourishing of ideas. The ongoing erosion of free, reasonable expression is troubling. Everyone is offended by something, all the time. One reaction is Stepford Politeness. That’s not good for any of us.


Or this, from Flyers Fan Ken Giusini at the Courier-Post:

This is what happens when a Black Racist, Asa Khalif, who is the leader of Philly's BLM, can intimidate self loathing white cowards with no backbone!