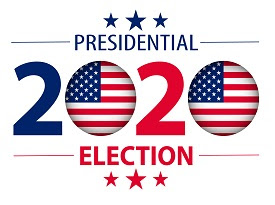 Get ready for President Trump’s second term if Senator Bernie Sanders is his Democratic opponent next year, according to the latest White House Watch hypothetical 2020 matchup.
The new Rasmussen Reports national telephone and online survey finds Trump edging Sanders 47% to 44% among Likely U.S. Voters. But nine percent (9%) are undecided. (To see survey question wording, click here.)
Sanders, the longtime Vermont senator who unsuccessfully sought the Democratic presidential nomination in 2016, earns just 74% support among voters in his own party. One-in-five Democrats (19%) opt for Trump who has the backing of 83% of Republicans in a matchup with Sanders.
The president has a slight three-point advantage among voters not affiliated with either major political party.
Given the large number of candidates expected to enter the race for next year’s Democratic nomination, Rasmussen Reports has opted to run a series of matchups over two-week cycles as the contest continues to develop. These longer cycles mean the matchup findings will be based on 5,000 respondents rather than the usual 1,000 for our regular surveys, and they lower the margin of error.
(Want a free daily e-mail update? If it's in the news, it's in Rasmussen polls). Rasmussen Reports updates are also available on Twitter or Facebook.
The survey of 5,000 Likely Voters was conducted on March 31-April 4 and April 7-11, 2019 by Rasmussen Reports. The margin of sampling error is +/- 1.5 percentage points with a 95% level of confidence. Field work for all Rasmussen Reports surveys is conducted by Pulse Opinion Research, LLC. See methodology.
Posted by Dan Cirucci at 2:07 PM