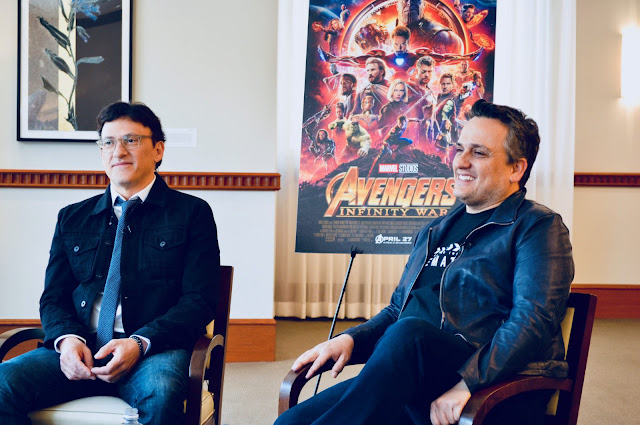 Applicants from across the United States (and even Italy) submitted proposals generating a pool of traditional and contemporary topics explored in both creative and thoughtful ways. As a result of the high quality of this year’s applications, competition for the grants increased significantly. . For this reason, we encourage individuals whose submissions were not selected to consider reapplying for a grant next year.

The eight applicants listed below have been selected to receive $8,000 each to fund their film projects. These grant recipients present a specific vision for the exploration of what we believe are truly interesting and dynamic themes. We are eager to see each of their films come to life in the coming months.

The 2019 recipients and the subject of their films are:

Michael Cavalieri, whose narrative film, Ritornato, tells the emotional story of a man who loses all his loved ones, and sets off on a journey to revisit his past and fulfill a promise made to his dying mother.

Giovanni Carnuccio III, whose documentary will illuminate the struggles of preserving our cultural identity in areas of our country where Italian Americans are isolated and alone.

Mary Davis, whose documentary, Mama’s Men, will examine the unique relationship Italian American mothers have with their sons, and demonstrate the importance of the matriarch’s role in the Italian American family.

John Peter Didato, whose documentary will go behind the scenes of Sesame Street to profile Italian Americans who have contributed to the success of the most beloved children’s show in television history.

Michael Getto, whose film, The Man Who Carved America, will chronicle the tragically unsung life, but exceptional work of an Italian immigrant who shaped the faces of many of America’s most sacred buildings.

Sandra Jean Grasso, whose film will explore the significance of gardens in the Italian American community, and how they have become part of the cultural identity of Italian Americans.

Sim Smiley, whose film, Maximum John – The Paisan Who Sentenced Nixon, will explain the importance of Judge John Sirica’s handling of Watergate, as well as examining the contributions of other prominent Italian American judges and lawyers.

Marylou Tibaldo-Bongiorno, whose film, Columbus, is a narrative story of the famed explorer who returns to defend his legacy by educating those who seek to rewrite world history.

The grant recipients will submit their completed films, and three finalists will be invited to the NIAF 44th Anniversary Gala, where the winning film will be announced on Saturday, November 2, 2019.

The Russo Brothers are grateful to the National Italian American Foundation and the Italian Sons and Daughters of America for their support in this endeavor. Furthermore, they kindly thank all the applicants for their submissions and look forward to reading more in 2020! For more information on The Russo Brothers Italian American Film Forum, please visit www.niaf.org/filmforum.

The National Italian American Foundation (NIAF) is a non-profit, non-partisan organization dedicated to preserving, promoting and protecting the Italian American heritage and culture. To learn more about the Foundation and become a member, please visit www.niaf.org.

The Russo Brothers are grateful to the National Italian American Foundation and the Italian Sons and Daughters of America for their support of this artistic program.
Posted by Dan Cirucci at 7:11 PM