Quick, clever sayings, also known as idioms.
At one time some of them were used so much that they became trite, we suppose.
Maybe that's why we don't hear many of these quite as much anymore. But they still stick out in our memory and maybe you still hear a few now and then.
Anyway, here they are -- along with their explanations: 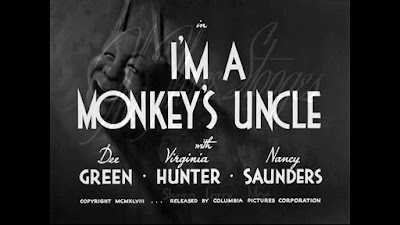 Well, I’ll be a monkey’s uncle.
You've been surprised and/or confounded. Or, you were caught off guard or ave been made to look foolish. He married her? Really? Well, I'll be a monkey's uncle!

The shoemaker’s always the one with holes in his shoes.
The repairman is so busy fixing other people's stuff that he has no time (or inclination) to repair his own. The contractor's house was beyond repair just like the shoemaker's shoes always have holes in them.

Crazy as a loon.

Over the moon.
Ecstatic. Euphoric. Overjoyed. Wildly in love. When he slipped the engagement ring on her finger she was over the moon.

And just for good measure, here's one more: