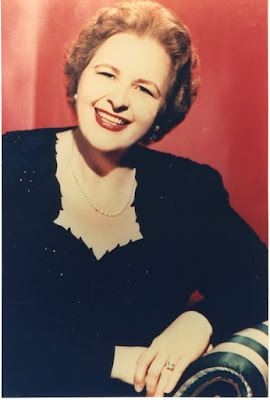 Based on all the facts that are surfacing and what we are learning did Flyers/Comcast make the right decision in banishing Kate Smith and God Bless America?
Well, the answer would seem to be obvious as now, more than a week later, the Flyers and Comcast continue to garner nationwide condemnation -- and from the highest levels. There really is no end to it. The jerks at FlyCast have made a blunder of gargantuan proportions. Here are some excerpts from major commentators and outlets:

Kate Smith, the singer best known for “God Bless America” — and, most recently, for “That’s Why Darkies were Born” and “Pickaninny Heaven” — died in 1986.
Therefore, she can’t issue a tearful, public apology for singing those songs or songs such as “Blue Tail Fly” and “My Old Kentucky Home” before the lyrics were changed to make it more palatable for the Kentucky Derby crowd. She can’t explain that the 1931 hit song “That’s Why Darkies Were Born” — a song that says someone had to pick the cotton, plant the corn, laugh at trouble and be content with any old thing — is satirical. Not was satirical, mind you. It is as satirical today as it was the day it was recorded almost a century ago.
She also can’t explain that the “Pickaninny Heaven,” a song written by Broadway and film composers Arthur Johnston and Sam Coslow, was featured in the 1933 motion picture “Hello Everybody!” In her corny role as a radio personality who lived on a farm with her slimmer, cuter sister, her character dedicates the song to a group of black orphans who listen as the lady on the radio describes a place twice as high as the moon, where watermelons get in your way and a Swanee River flows with real lemonade. . . .
She can’t point out that had her career tanked after “Hello, Everybody!” — which cost around $2 million to make — bombed at the box office, “God Bless America” might not have been recorded in 1938. And she can’t defend or distance herself from the objectionable songs she sang in the past, although she might point out that nobody seems to be making a peep about the men who wrote those songs, some of whom are highly acclaimed and are in the Songwriters Hall of Fame. Like her, they are all dead.


The New York Yankees’ bold decision to ban Kate Smith’s 1939 recording of “God Bless America” from the stadium over two racist songs she once performed surely calls for further brave steps by the team.
Stadium-goers in the seventh-inning stretch will no longer be forced to listen to the strains of Smith, who recorded the 1930s song “That’s Why the Darkies Were Born” — a number that was also performed by black entertainer Paul Robeson for satire’s sake.
But if the Bronx Bombers are serious about standing tall against racism, they must next ban the national anthem, which is sung before every game.
Francis Scott Key, who wrote the lyrics to “The Star-Spangled Banner” in 1814, owned slaves — at least six of them, as a matter of historical record. Isn’t “ownership” of human beings a more grave offense than merely ridiculing black people in a song that a 24-year-old Smith had to perform at the behest of her record company?
Key even refers derisively to slaves in the anthem itself. The forgotten third verse includes the lines, “No refuge could save the hireling and slave/from the terror of flight or the gloom of the grave” — a warning to blacks not to seek freedom (as some did) by escaping their white masters to fight with the British in the War of 1812.
Oh, say can you stomach it? . . . .


From the TV show, Inside Edition:


Kate Smith's family says they're heartbroken over the uproar that’s resulted from two sports teams banning her version of the classic patriotic song “God Bless America" from playing in their arenas.
A statue honoring the late singer stood near the Wells Fargo Center where the Philadelphia Flyers hockey team play. It was removed under the cover of darkness and without any public announcement.
Smith’s niece, Suzy Andron, was being interviewed by KYW-TV when she found out the statue was gone.
“They took the statue?” she asked, visibly shocked. . . . .
Bob Andron is married to Suzy. He appeared on Fox News Thursday to defend the late singer's reputation.
He said that his wife and her aunt were very close and that Smith was not a racist.
“She never was a racist and my wife’s reaction was she was heartbroken,” he said.


From Griffin Kelley at the Adirondack Daily Enterprise:


Adirondack Diversity Solutions, a regional consulting firm whose goal is to diversify the workforce, has a take on the Kate Smith controversy different from that of many Lake Placid residents.
A popular 20th-century radio star, Smith was a staple of this community for nearly 40 years.
She spent her summers here, was baptized into the Catholic Church at St. Agnes Church, hired local kids as caretakers for her camp on Buck Island and would sometimes help work the register at Flora Donovan’s Lavender Shop on Main Street.
She’s buried at St. Agnes Cemetery off Sentinel Road.
Many locals were dismayed when the New York Yankees and Philadelphia Flyers stopped playing her rendition of “God Bless America” in light of two other songs she sang, in the 1930s, that featured racist lyrics.
The Flyers also removed a statue of her that had stood outside their arena.
In a day, the Enterprise’s Facebook page received more than 40 comments in regard to an article about Smith, with the majority praising her and bemoaning modern political correctness.
The Press-Republican Facebook page saw similar activity, with most respondents' posts indicating they considered the issue a tempest in a teapot. . . . .


From Andrew W. Klavan at the Daily Wire:


The recent banning of old-style singer Kate Smith from several sports venues is a travesty. Smith’s rousing “God Bless America” was a wonderful corny staple of Yankees games and others. The fact that she also sang some songs that were appropriate for their time and now seem unacceptably racist is no matter, none whatsoever. In the words of L.P. Hartley: “The past is a foreign country. They do things differently there.” . . .
I have no doubt the banning of Kate Smith was a commercial decision, a kow-towing to the nine or ten “activist” voices who threaten boycotts and get their mugs on the news and are thus constantly ruining things for the rest of us. But the Yanks and others should have resisted. They embraced the political stupidity.
Banning a beloved entertainer for living in her time is just dumb. It involves a complete misunderstanding of how history, humanity and true progress really work. It cheapens our conversation, lessens our pleasure and disrespects our past. . . .