From the Loop at catholicvote.org:

DISMAL JOBS REPORT  Economists had predicted that one million jobs would be added in April, but non-farm payrolls increased by just 266,000 as unemployment rose slightly to 6.1%. An analyst for Bank of America noted that 4.6 million workers left the labor force during the pandemic, but only half are expected to return by the end of the year. For workers earning less than $32,000 a year, it's often more lucrative to collect unemployment with the $300 weekly bonus than it is to return to work.  READ 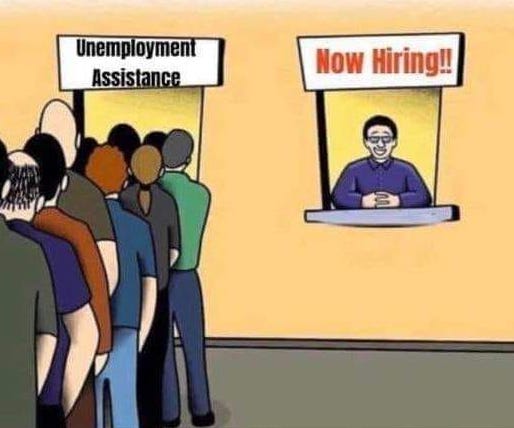