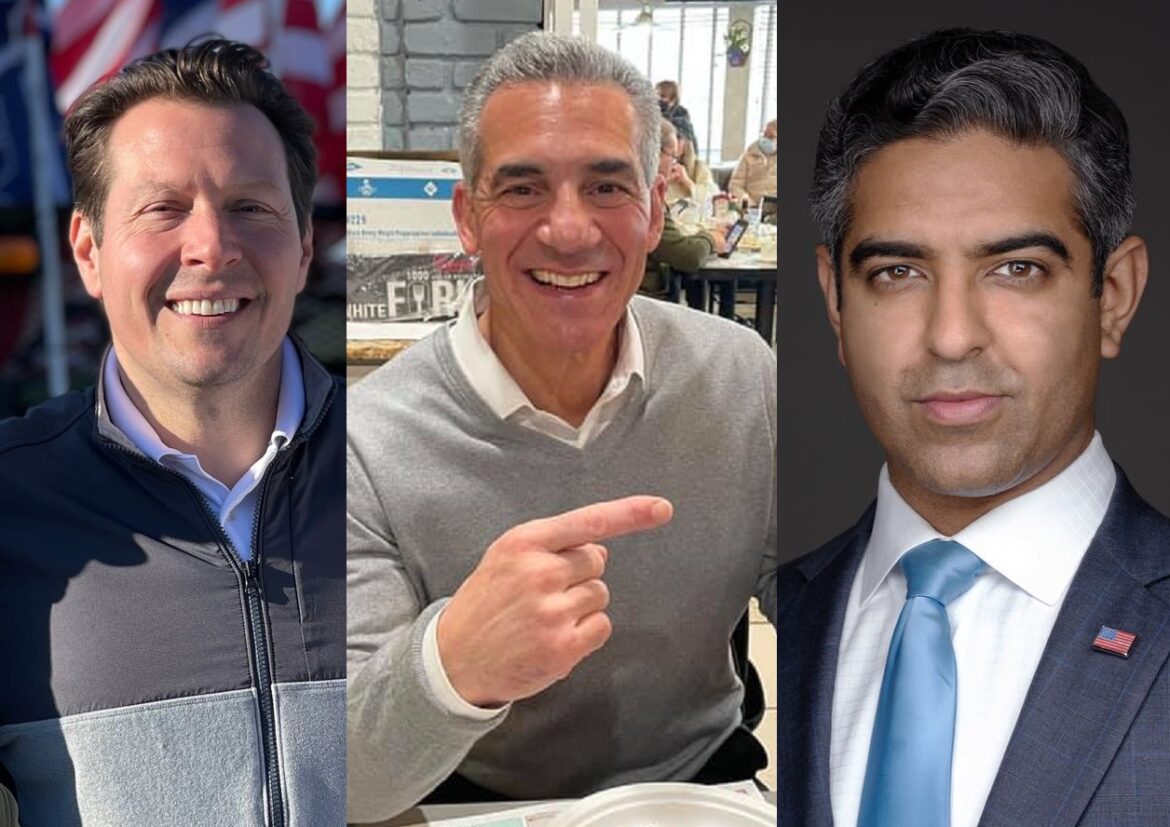 Many of you have reached out to get my thoughts on the N.J. GOP gubernatorial, Save Jerseyans, and specifically who I think is going to win the nomination and the right to challenge Phil Murphy.

Fine; you talked me into it! Here’s what I’ll say:

You generally need at least one of the following three things to launch a successful campaign in New Jersey politics: (1) money, (2) name recognition, and/or (3) lines. For example, you might do just fine with money and lines even if a minority of voters don’t really know who you are at the end of the convention phase. Just lines or only money is bit dangerous heading into primary day but you can still get away with it under the right circumstances.

The last Republican to really buck the system in a statewide primary and prevail without a decisive edge in any of those categories did it twenty years ago. Bret Schundler famously defeated the late Bob Franks (who was subbed into the race in April by the establishment after Donald D. dropped out) with a strong grassroots model and buzz surrounding his celebrated tenure as a Republican mayor of Jersey City. He and Rudy on the other side of the Hudson were kicking ass and taking names back then.

Both Schundler and Franks had name recognition with the base. Franks boasted the institutional support.

Schundler, I think, wasn’t just charismatic and considered a rising star but he also capitalized on the then-growing strength of the parties’ motivated right wing. The more moderate establishment side of the state party was beginning to lose its grip. Franks also had a functional handicap: mere weeks to put a campaign together.

This time around, Hirsh Singh doesn’t have money or lines. He does have some base name recognition after multiple failed runs for high office, so an upset isn’t impossible. In fact, I wouldn’t be shocked if he finishes a strong second (or even wins a couple of counties), but the frontrunner Jack Ciattarelli has cash, has name recongition with Republicans from his 2017 run against Kim Guadagno, and he has every single line in the state. A hat trick is hard to beat.

Phil Rizzo is building some name recongition (thanks in large part to NJ 101.5’s Bill Spadea) but he missed out on matching funds due to a paperwork filing deficiency. So no money, no lines, and less name recongition than Singh (I suspect) at least at this point; that’s a very, very difficult set of circumstances to overcome.

So if I was a betting man? Singh and Rizzo have a steep incline to scale through the first Tuesday in June if they want to upset Ciattarelli. Singh did come very close to upsetting the endorsed candidate Rikin Mehta in last summer’s U.S. Senate primary, but you also need to remember that Hirsh had a handful of lines INCLUDING Ocean County’s powerful endorsement. He won’t have that this time around. Mehta was also a political neophyte who ONLY had lines, and not all of them as I’ve already pointed out.

Something else to keep in mind: social media is important but it’s not a clear reflection of reality. It often distorts reality. Jeremy Corbyn had FAR more Twitter followers than Boris Johnson heading into the last U.K. election. How well did that work out for Labour?

We’ve come to the familiar part of the conversation where Singh and Rizzo partisans start accusing me of being an ‘establishment hack’ or whatever the current slam de jour might be. It’s strange criticism on multiple levels not least of all given how much energy I’ve devoted over the years to criticizing the NJGOP and Chris Christie but hey, I do get it. I’ve learned by now that it’s upsetting for some people when Save Jersey doesn’t validate their personal candidate preferences.

Oh well. I’m simply telling you how I see it as of today. I’m not telling you who to vote for. If anything, consider the fact that the Ciattarelli opposition doesn’t appear to have united around one candidate; you’ve split your own protest vote into too many distinct factions, and there’s no “run-off” mechanism in New Jersey.

Anything can and still might happen, folks! That’s why we have elections. The important thing is that you remember after the dust settles that November is a zero sum game. If the challenger loses? Phil Murphy wins. Vote accordingly.