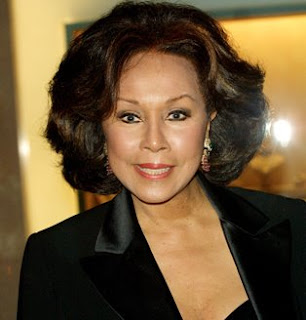 My holiday reading this year has been quite plentiful and I'm happy to recommend some of my favorites:
Audition by Barbara Walters - I've written a bit about this already.
Yes, it's a very clever title. But it's also a very substantial book - big, thorough, detailed. This is a true autobiography and it proves to be exceptionally compelling. Yes, Barbara tell us almost more than we ever wanted to know and she makes it a point to name names. But isn't that better than teasing us and leaving gaps in her story?
Deconstructing Sammy - Investigative reporter Matt Birkbeck tell us how Sammy Davis' fortune was squandered by Sammy and a cast of notorious sycophants and scoundrels. It's a sad tale that is sometimes hard to take. But it's told with such searing honesty that you can't stop reading. And so you witness the deconstructing of Sammy and his entire estate and you experience the ugly underbelly of show business. Like watching a calamity unfold and not being able to do anything to stop it.
The Legs Are The Last To Go - Diahann Carroll (pictured) tells her incredible story - from Harlem to Broadway to Hollywood. One of the most beautiful women in the world tells us what drove her to succeed and how she endured a string of bad marriages, racism, chauvinism and the rigors of a life in show business. In what is more of a memoir than an autobiography, Carroll chooses key points in her life and gives us observations and insights with surprising candor.
The Reagan I Knew by William F. Buckley - This is the book that Buckley was writing at the time of his death. It's a sweet, tender scrapbook of letters, speeches, recollections and anecdotes that gives us a rare peek into the private Ronald Reagan from a man who knew him as a friend and as a fellow soldier in the long fight to gain a conservative majority for our nation. Reagan's decency, sensitive and true grace shine through on nearly every page in this knowing tribute.
Don't Mind If I Do - George Hamilton's memoir surprises us with the story of a southern boy who learned so much from his strong-willed, high-flying momma and his talented dad. It's an unexpected story that reveals a guy who's smarter, craftier and wittier than a lot of people might think. In the end, you may actually take Hamilton more seriously than he seems to take himself. But, don't be fooled. Charm is a deliciously seductive deceiver.
Posted by Dan Cirucci at 7:03 AM