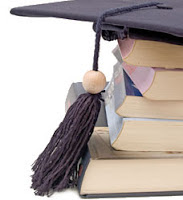 A friend and reader named "AJ" explains why academics lean left and give most of their money to the Democratic Party and/or Democratic candidates: "Dems are better educated and that is why they support liberal issues. Oh, did I misunderstand the conclusion to be drawn from the survey? Academics are liberals!"
And on the heels of my op-ed on candidate's names in the Courier-Post, AJ writes:
"I liked the article but I am duty bound to give you the missing info. Tagg was the original name of the watch that Tiger Woods wears. They were going to name the son Tigg, but that was taken by the Winnie the Pooh 'Tigger.' As for Mitt from Milton: And this will soon be revealed: He was Jewish but the Mormons believe Jesus Christ (Jewish) is the brother of Satan, so they named him after a baseball glove, erroneously, because his namesake was a football player. They were also considering Pigg for Pigskin,but someone in the family decided the Jewish vote might indeed sometimes matter in the big Electoral College States. And they think Barack started early in Kindergarten to run for president?
Hillary was actually named for the character Jill who if you recall, took Jack with her you know where to fetch you know what-that too will soon be revealed-so this race is far from over.
Wait til the public learns these critical details, then we will have a true sense of the winner. I will give you the lowdown on the others in my next e-mail."
You can always ount on AJ for a cogent (and chuckle-worthy) analysis.
Posted by Dan Cirucci at 9:51 AM