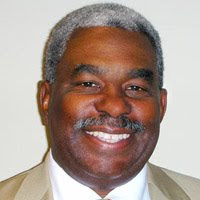 On Tuesday we attended the South Jersey Chamber of Commerce luncheon at the Crowne Plaza Hotel in Cherry Hill where we were welcomed by Chamber President and CEO Debra DiLorenzo and treated to a wonderful motivational talk by James Ellis, Swim Coach and Founder of the Philadelphia Department of Recreation Swim Team.
Jim Ellis was the subject of the extraordinary 2007 feature film Pride.
In 1971 Ellis formed the PDR (Philadelphia Department of Recreation) swim team which was the first African-American swim team and located at the Marcus Foster Recreation Center in Nicetown, Pennsylvania, a neighborhood in Philadelphia. As of February 2007, Ellis still coaches swimming at the Marcus Foster pool and had begun a sabbatical from teaching mathematics at Bodine High School.
Ellis' protégés include Michael Norment, the first black swimmer on the U.S. national team. His program at the Marcus Foster pool has sent swimmers to the swimming trials for every U.S. Olympic team since 1992.
In May 2007, Jim Ellis received the President's Award from the International Swimming Hall of Fame.
Bringing a swimmer to the Olympics is still his great dream.
While at the luncheon we chatted with Deb DiLorenzo who has just been appointed Chair of New Jersey Governor-Elect Chris Christie's Subcommittee on Labor and Workforce Development.
In just a few moments it was clear to us that Chris Christie has made an excellent choice.
Deb DiLorenzo impresses us as a dynamo. She's obviously done wonderful things with the Chamber and she cares deeply about the future of New Jersey. She's quick, smart, vivacious, and clearly passionate about her work.
If this is any indication of the type of people who will surround our new Governor, then Chris Christie & Co. are on the right track. And we're delighted he's choosing bright, independent-minded professionals from South Jersey.
BTW: Thanks to our dear friend Lisa Simon of the Simon Public Relations Group for inviting us to the luncheon.
Posted by Dan Cirucci at 7:13 AM