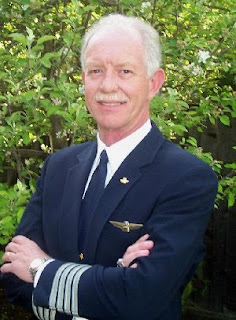 Amidst all the scoundrels and scandals of the year, there were some real heroes -- people who stood out for their bravery, persistence, endurance, successes or just plain, old common sense.In no particular order, here are our 10 heroes and heroines of 2009.
Political Hero - Chris Christie. The tough prosecutor took on the enigmatic zillionaire and liberated the Garden State with a refreshing authentic style that captivated Joisey's hard-edged voters.
Broadway Heroine - Angela Lansbury. The unsinkable octogenarian returned to the Great White Way for back-to-back triumphs: First in Noel Coward's Blithe Spirit and then in Sondheim's Send In The Clowns. Bravo!
True Life Hero - Captain C.B. Sully Sullenberger. The US Airways hero of Flight 1549 restored our faith in people who put service ahead of self and naturally seem to do the right thing. What a way to start the year!
Music Hero - Beyonce. Her grace and dignity in handling the callous treatment of Taylor Swift at the MTV Awards will long be remembered.
Hollywood Heroine - Meryl Streep. The multi award winning star boasts boffo box office hits Julie & Julia and It's Complicated, proving that there's still a future for sophisticated, adult comedies.
Everyday Heroes - The passengers aboard Northwestern Flight 253 flying from Amsterdam to Detroit who helped to subdue alleged terrorist Umar Farouk Abdulmutallab.
Literary Hero - Michael Chabon. The Pulitzer Prize winning novelist turned to non-fiction with a remarkably candid and engaging series of essays entitled Manhood for Amateurs: The Pleasures and Regrets of a Husband, Father, and Son. It's a great read!
Legendary Heroine - Sophia Loren. Nearly a half century after her movie debut she re-emerges as a calendar pinup gal and dazzles in her return to the big screen in Nine.
Sports Hero - Brett Favre. Love him or hate him, you can't ignore his list of achievements which continued into 2009 when he made his 500th career touchdown. He probably holds more sports records than nearly any other pro athlete.
Grassroots Heroes - The Tea Party Goers. While the mainstream media drank the Obama Kool Aid, these courageous, ordinary citizens awakened America to the dangers of Obamunism and ignited a new populist movement that continues into 2010.
Posted by Dan Cirucci at 6:27 AM