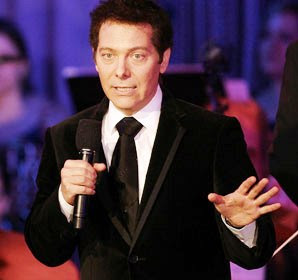 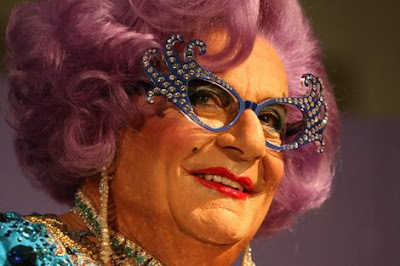 On Broadway, Shubert Organization Chairman Philip J. Smith and President Robert E. Wankel have intervened in the ever growing public "feud" between Michael Feinstein’s All About Me and Dame Edna: It’sAll About Me.

Said a Shubert Organization representative: “Due to a shortage of theaters this spring, and two ridiculously (and oddly) similar titles that would ultimately be immensely confusing to the theater-going public, we have convinced both artists, in an entirely, completely, and totally unprecedented move, to join forces to create a joint endeavor simply titled All About Me.”

“We love Michael and the Dame, and because we hold both artists in such high esteem, we are more than overjoyed that they have agreed to join forces in what we expect to be a singular and spectacular musical entertainment. Now it’s on to who gets the bigger dressing room….”
Famed director Jerry Zaks has generously agreed to direct the new joint endeavor.
Acclaimed playwright Christopher Durang, previously announced in negotiations for Dame Edna’s solo show, will now combine both shows into one unique musical entertainment.
The newly conjoined show will be produced by the newly conjoined producing team of Jeffrey Richards, Jeryy Feankel, Robert G. Bartner, and the Ambassador Theatre Group.

“As I said before, I have always been a huge fan of the Dame, and despite our previous friction, now that my mother has forgiven her, I couldn’t be more excited to be joining her on Broadway.” -Michael Feinstein.

“Because the essence of my show’s title was always All About Me, I’m more than delighted having the 'It’s' go the way of the Dodo. Michael Feinstein is a performer of the highest caliber, I believe, and I couldn’t be more than excited to be sharing a Broadway stage with him, in moderation. And with nice Christopher Durang at our side, who knows what saucy little moments we can come up with!”
-Dame Edna Everage
Posted by Dan Cirucci at 12:03 PM