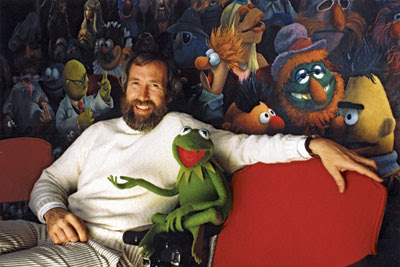 Over the weekend we had a chance to visit Jim Henson's Fantastic World, the special exhibit at the James A. Michener Museum of Art in Doylestown.
Henson, the creator of The Muppets and a major creative force behind Sesame Street, believed in thinking outside the box before there even was such a saying.
Without "fences" to limit where his imagination could roam, Jim Henson (1936-1990)—artist, puppeteer, film director and producer—created elaborate imaginary worlds filled with unique characters, objects, environments and even languages and cultures.
Jim Henson's Fantastic World comes from the Smithsonian Institution Traveling Exhibition Service (SITES) and the Jim Henson Legacy and it offers a rare peek into the imagination and creative genius of this multitalented innovator and creator of Kermit the Frog, Big Bird and other beloved characters.
This is the inaugural show in the new exhibition space that is the center-piece of the Museum's $12 million expansion. And the Museum looks great; it's a real gem.
This exhibition features 100 original artworks, including drawings, cartoons and storyboards that illustrate Henson's talent as a storyteller and visionary. Among the variety of exhibition objects are puppets and television and movie props, photographs of Henson and his collaborators at work and original video productions, including excerpts from Henson's early career and experimental films.
We do wish there had been more information about Henson, his personal life, his complexities and what really made him tick.
Nonetheless, this is a wonderfully inspiring exhibition that also includes an area for children.
But we do not recommend this installation for children since it really deals with the behind-the-scenes business of how these characters were created and how the puppets and other characters actually became animated through human means. As such, for kids it takes the fun and the mystery out of the whole business.
If you go, make sure you try to go during a weekday if possible.
Since we were there on a weekend the place was loaded with kids and it was very, very noisy. This prevented us from enjoying the exhibition as much as we might have.
Hurry - This show closes on November 29!
Posted by Dan Cirucci at 9:18 AM