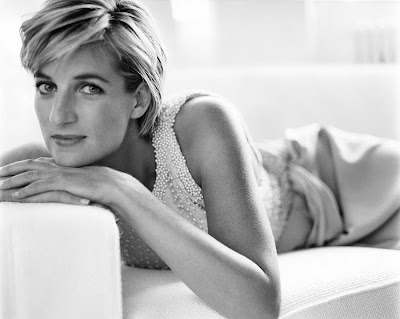 Since the beginning of American history, our nation has had a complicated relationship with British royalty, and an unending fascination with the government we overthrew in 1776.
This fascination continues into the present day and it is reflected in our continuing interest in the royal family of England and the late Princess Diana.
Known to many as “The People’s Princess,” Princess Diana won the hearts of millions, on both sides of the Atlantic and around the world.
Now through December 31, the National Constitution Center in Philadelphia presents the international traveling exhibition, Diana: A Celebration, providing an opportunity for visitors to learn more about the life and work of the Princess of Wales.
We recently viewed the exhibition and we can report that it is nothing less than dazzling.
Making its East Coast debut, and returning to the United States for the first time since 2007, the award-winning exhibition explores Diana's childhood, her engagement to HRH Prince Charles, their royal wedding, their children, and Diana's life and work as a global humanitarian.
Diana: A Celebration is on loan from the Althorp Estate, the Spencer Family’s 500-year-old ancestral home in England.
I can't say that I was ever one of those people who was enthralled with Diana. I didn't follow her every move but I wasn't disinterested in her either.
Still, I found myself drawn into this exhibit with its many artifacts from the life of Diana including her wedding gown with its eleborate train, her diamond tiara, toys, books and writings from her childhood, personal letters and notes and a significant collection of designer outfits fashioned specifically for Diana.
We highly recommend this exhibition which will give you a rare and strikingly personal glimpse into the life of a legendary member of the royal family. As you might expect, the final portion of the exhibition is deeply moving. But overall, it remains what it says it is: A Celebration.
Diana: A Celebration is produced by Arts and Exhibitions International, in association with the Althorp Estate, Cultural Networks International Inc.
The exhibition is presented locally by Macy's. CBS 3 and The CW Philly are the official media partners.
Posted by Dan Cirucci at 9:16 AM