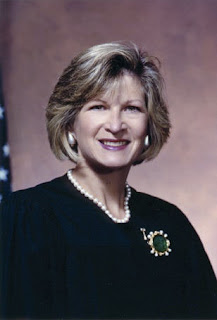 Among many activities last week, we attended the Installation of Common Pleas Judge Anne E. Lazaras as a Judge of the Superior Court of Pennsylvania.
The installation ceremony was held in the beautiful ceremonial courtroom of City Hall in Philadelphia. Judge Lazaras is an extraordinary jurist and we joined with a huge crowd in hailing her ascent to the Superior Court.
Judge Kate Ford Elliott, President Judge of the Superior Court presided at the event which also featured remarks from Pennsylvania Supreme Court Justice Seamus P. McCaffrey, Philadelphia Common Please Court President Judge Pamela Pryor Dembe, Judge Legrome D. Davis of the U. S. District Court for the Eastern District of Pennsylvania, Philadelphia Bar Association Chancellor Sayde J. Ladov and Congressman Robert A. (Bob) Brady who is also Chair of the Democrat City Committee.
Of course, all judges in Pennsylvania are elected unlike in many other states (including New Jersey) where judges are appointed based on merit.
In his remarks Bob Brady noted that Judge Lazarus sought the Superior Court seat in a previous election and lost. He correctly pointed out that Anne Lazarus "is very determined" and came back again to win on her second try. But in explaining her initial loss Brady said that there were many factors involved in her loss "none of which had to do with her quality or ability."
And that's the point, Congressman Brady.
The election of judges is wrong precisely because the process has nothing to do with "quality or ability" and everything to do with political access, connections, deals, campaign contributions, special interests, geography, the sound of the candidate's name and other factors that aren't even remotely related to merit. It's a disgrace.
How sad that good, dedicated, honest judges like Judge Lazarus have to go through this process and jump through these hoops to get onto the bench. How said that they have to page homage to political bosses and assorted ward leaders and hangers-on.
It's unseemly. And it's the wrong way to pick judges.
That's why we support our friends at Pennsylvanians for Modern Courts (PMC) who have been fighting the good fight for merit selection. Get involved with PMC and join them in the battle for great judges and a first rate judicial system
Posted by Dan Cirucci at 12:02 PM