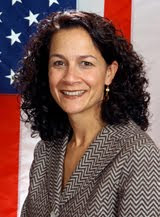 Today, New Jersey Governor-Elect Chris Christie announced additional appointments that further highlight his commitment to forming a bipartisan, highly qualified Cabinet.
These appointments make clear Governor-Elect Christie’s desire to put together a team with strong backgrounds, differing perspectives and a willingness to tackle the tough work ahead. Christie announced the reappointment of both Jennifer Velez as Commissioner of the Department of Human Services (DHS) and Major General Glenn Rieth as the Adjutant General of the New Jersey Department of Military and Veterans Affairs. Christie also announced the appointment of Tom Considine as Commissioner of the New Jersey Department of Banking and Insurance (DOBI)
Velez has served as Commissioner of DHS since 2007, bringing to the department a fierce commitment to child welfare and advocacy. General Rieth began his military service in 1980, earning many awards and distinctions since graduating from the Citadel. Considine currently serves as Vice President and Government Relations Counsel at MetLife. In this role he oversees a broad range of state government relations and public policy issues for both the financial services and auto and home companies nationally.
Governor-Elect Chris Christie said, “My first commitment is putting qualified, strong individuals in positions where they can effect real change. Our government has and can provide meaningful services to New Jerseyans and I am confident that working together we will be able to address our severe fiscal challenges while delivering on priority programs.”
Posted by Dan Cirucci at 11:15 AM