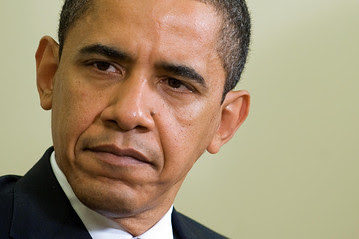 Even before the Massachusetts election was over the Democrats were spinning it as a loss for Coakley and no one else. They blamed Coakley for the whole thing. She was too slow, too detached, to confident, in short - clueless.
It's all her fault; all her fault.
Even before the President departed from his campaign stop for Coakley, White House operatives were spinning it this way.
Then the mainstream media got the memo and picked up on the same talking points.
But, make no mistake about it, this is a loss for Obama.
Obama comes in to campiagn for a candidate and the candidate loses: Deeds, Corzine, Coakley. Obama even lost the Olympics for Chicago.
Why?
I think part of the reason lies in the fact that the President is not a joiner, not a "connector" not a people person. He's often been called "cool." But he's beyond cool. He's cold. He generates no warmth. He's a man without passion. He's detached; disconnected.
I go back to something I posted here in August, 2008 when I was commenting on and quoting from a column by David Brooks in the New York Times. Once again, here it is:

Like many pundits Brooks wonders why Obama isn't running away with this thing; why he hasn't pulled way ahead. But Brook has an answer to the question that few others have offered. He believes America hasn't fully engaged with Obama because Obama himself is not an engager, not a committer, not a person with clear, deep, identifiable values and roots. And Americans sense this. They get it.
Brooks describes Obama as a sojourner: someone who stays for awhile and then moves on; someone who doesn't put down roots or make commitments; a journeyer.
And Brooks gives plenty of examples to back up his claim. The enigmatic Obama is a man who nobody quite knows because he's never been anywhere long enough or been part of anything long enough or been intimately involved enough in any one cause or institution for anyone to get to know him.
This may account for Obama's inability to reach rural and small town voters. America's small-town sensibilities and homespun traditions make us suspicious of drifters. On Main Streets across the country Americans seem to be furrowing their brows and wondering: "Who is this guy? Where did he come from, what does he really believe and where is he planning to take us?"

Brooks says: There is a sense that because of his unique background and temperament, Obama lives apart. He put one foot in the institutions he rose through on his journey but never fully engaged. As a result, voters have trouble placing him in his context, understanding the roots and values in which he is ineluctably embedded.
And when Obama shifts positions on issues or disavows former friends and advisors (as he's done a lot of both recently) he only reinforces suspicions and solidifies voters' reluctance to embrace his campaign.
Placed in context, this is all very understandable.

Brooks again: When we’re judging candidates (or friends), we don’t just judge the individuals but the milieus that produced them. We judge them by the connections that exist beyond choice and the ground where they will go home to be laid to rest. Andrew Jackson was a backwoodsman. John Kennedy had his clan. Ronald Reagan was forever associated with the small-town virtues of Dixon and Jimmy Carter with Plains.
It is hard to plant Obama.
Posted by Dan Cirucci at 10:22 PM