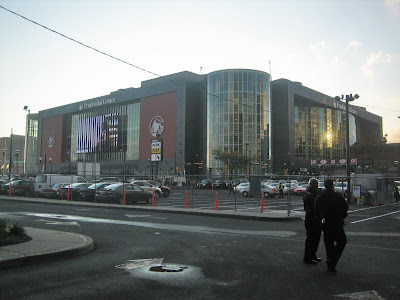 New Jersey Governor Chris Christie today announced the creation of the New Jersey Gaming, Sports and Entertainment Advisory Commission to devise a comprehensive policy to repair the unprecedented financial and structural challenges confronting New Jersey’s gaming, professional sports and entertainment industries.
Some of the recommended policy changes will be carried out on an ongoing, real-time basis as the need arises.
Governor Christie signed Executive Order No. 11 creating the seven-member Advisory Commission, to be headed by Jon F. Hanson, a former chairman of the New Jersey Sports and Exposition Authority (NJSEA) and real estate executive.
The recently released Transition Subcommittee reports on gaming, entertainment and authorities found Atlantic City casinos burdened by grossly uncompetitive regulatory expenses, a municipal government failing in its supporting role of the industry; a Meadowlands anchored by the behemoth, financially strapped Xanadu project; the Meadowlands and Monmouth racetracks losing $22 million in 2010; and a Sports Authority struggling to manage those problems, its arenas and sports franchise contracts.
“We can no longer let Atlantic City wither in the face of competition, have our arenas and stadiums go underutilized, or have a Sports Authority that is unable to maximize our entertainment investment and resources,” said Governor Christie.
“Previous efforts have been piecemeal, weak and failed to look at all the problems in a whole and comprehensive way. This will be a blueprint to guide our policy in fixing our sports and entertainment infrastructure in New Jersey, to make all its parts self-sustaining, attractive to wider audiences and revenue positive for the long term. But the Advisory Commission will also be working with my administration in real-time, to move quickly to solve critical contractual and other issues we confront in the short term.”
The Advisory Commission will serve without compensation and will be dissolved no later than June 30, the deadline for submitting its final report and policy recommendations to the Governor, as well as the Legislature and public.
Also serving on the Advisory Commission will be Robert E. Mulcahy III, a former president of the NJSEA and Athletic Director at Rutgers University; Finn Wentworth, principal of Normandy Partners and Founder of the YES Network; Al Leiter, the former Major League Baseball pitcher and YES Network commentator; Wes Lang, managing director of WML Partners, LLC, a New Jersey private equity investment and development company; Debra P. DiLorenzo, president and CEO of the Chamber of Commerce of Southern New Jersey; and Robert Holmes, a law professor at Rutgers School of Law in Newark, where he serves as Deputy Director of Clinical Programs and Director of the Community Law Clinic.
The Advisory Committee is charged with developing recommendations for the Governor for a comprehensive, statewide approach to the issues and financial needs of New Jersey’s gaming, professional sports and entertainment industries. Chief considerations would be long-term stability of those industries, New Jersey’s economic interests and a commitment to the responsible use of state resources to the benefit of its citizens.
Among the critical issues on which the Advisory Commission must focus:
• the ongoing financial viability of the NJSEA
• advancing or resolving the stalled Xanadu project
• improving competitiveness of the Atlantic City gaming industry and promoting the city as a destination resort
• ensuring that horse racing becomes financially self-sustaining
• proper scheduling of entertainment events at the IZOD and Prudential centers to ensure their mutual success
Today’s Executive Order also amends an Executive Order of the prior administration, which created a horse racing commission to recommend funding solutions for that industry by July 1, 2010. Governor Christie’s amendment requires that those recommendations, if they are forthcoming, be made available for to the Advisory Commission by April 1, when the Corzine commission would be dissolved and its work superseded.
Posted by Dan Cirucci at 12:04 PM