Knowing When To Say When 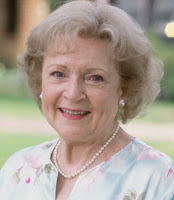 She’s never stopped working in the more than six decades she’s been in Hollywood.

And yet, at 88, she’s still remarkably hip, funny and appealing to people of every age.

But Betty White is the exception.

And the truth is that most public figures simply don’t wear as well as this feisty old character actress. Sadly, they don’t know when to leave the stage.

Here are a few of them:

Larry King – Watching Larry King these days doesn’t even rise to the level of nostalgia. Instead, Larry King Alive (as it’s been derisively termed) alternates between grimly funny and damned embarrassing. King mispronounces names, botches questions, loses his way and comes across as hopelessly out of touch. The huckstering, the suspenders, the inane questions – the whole thing is terminal.

Harry Reid – Lets face it: Harry Reid looks like an undertaker. How can he be a leader when you take one look at him and you know you’re just not goin where he’s fixin to take you? Why did anybody think that this man could be the face of hope and change in the United States Senate? His jokes are bad, His anecdotes are dated. His timing is laughable. And now the scent of flop sweat follows him everywhere.

Jay Leno – He’s OK with giving up the spotlight. But no, he’s not retiring. Well, he’s not quite retiring. Check that, he’s definitely not retiring. In fact, he’s happy to brazenly snatch the job from the very successor that he once blessed. This is beyond sad. It’s shameless. Jay wants you to think that he’s your friendly neighbor from down the street. And he’s not shy about it. “I’m a nice guy, right?” he bellows. “Right?” Wrong!

Newt Gingrich – Newt was on top of the world in 1994, and with good reason. He engineered one of the most stunning upsets in American political history. But then he stumbled. And he’s never quite recovered. Now, he comes across as a weary relic of the Reagan era. I know he wants to be President. I know. Just like I want to spend every winter in Tahiti. Ain’t gonna happen.

Brett Farve – Someone once said, “A setback is nothing more than a setup for a comeback.” Bret Farve has had his setbacks and now he’s had one of the greatest comebacks that anyone could ask for. He’s endured long past the playing age of most pro athletes. He proved his point. Case closed.

Arlen Specter – It’s been a long time since Specter was called “younger, tougher and nobody owns him.” Now Specter is dour, inappropriate and stalked by his own hubris. It’s gotten so bad that when he’s not telling someone to “act like a lady” Specter’s stumbling over the names of state political leaders. It’s time for the voters to show this guy the door.

Tony Bennett – Quite some time ago I watched Tony Bennett hold a huge theater audience spellbound without a microphone. But that’s not about to happen now. This old crooner had crooned one croon too many. I know that Bennett always revered Sinatra. But does he really want to follow that far in Ole Blue Eyes’ footsteps?

Once Marlene Dietrich realized that she could pull her corsets no tighter and stretch her face no further she came off the road and went into seclusion in Paris. She knew when it was time. The same is true of the great Lena Horne and countless others.

George Burns was a model of grace and dignity even into his nineties. And Don Rickles is still doing classic shtick with incredible timing. Ditto, Jackie Mason.

Also, some public figures are able to transition smoothly from one endeavor to another. When she could no longer sing, Julie Andrews opened new doors as a spokesperson, author and supporting actress.

But these are the rarities and that’s why we love them.

Burns thought it was the end when he lost Gracie.

But that wasn’t the end.

The end comes when you lose your grace.