How I wish that all New Jerseyans were like the ones I met on the steps of the Statehouse in Trenton on Friday. Thousands gathered with a mighty roar to protest wacky Governor Jon Corzine and his loony plan to send our state further into debt by mortgaging our roads and rasing highway tolls by 800%.
Bravo to FM radio station New Jersey 101, The Jersey Boys (Casey and Rossi) and Jim Gearhart. Not since the big tax protest that turned Jim Florio out of office have I seen such a huge crowd of ordinary citizens in front of the capitol's gold dome.
The word is that Corzine's plan is just a vote or two from being declared "dead." Let's hope that's so. First, let's sack the plan and put a stake through its heart. Then, let's send him and all his cronies packing.
Of course, words can't express it all. It takes pictures to tell the real story. So, here are the pictures.
Photos by Dan Cirucci, copyright 2008 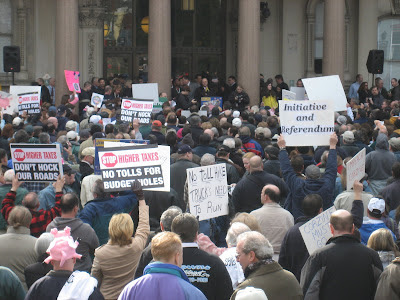 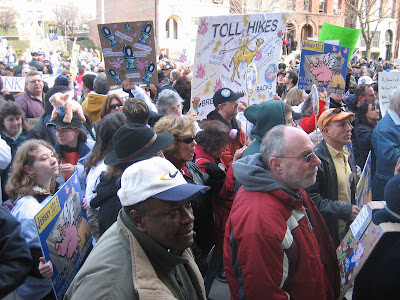 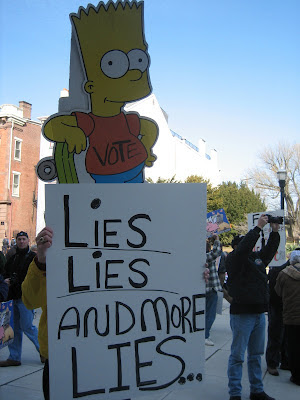 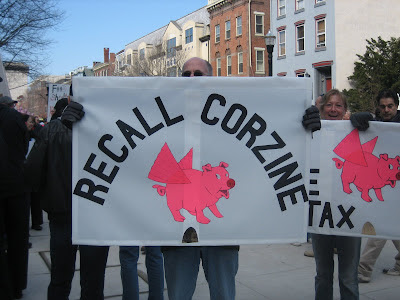 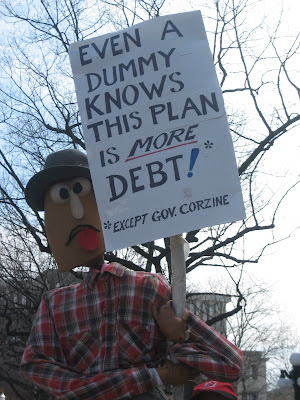 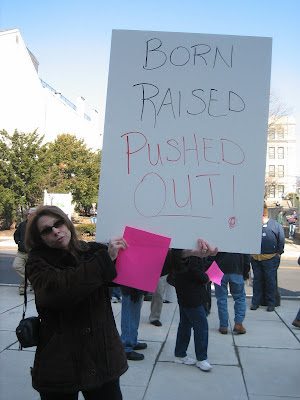 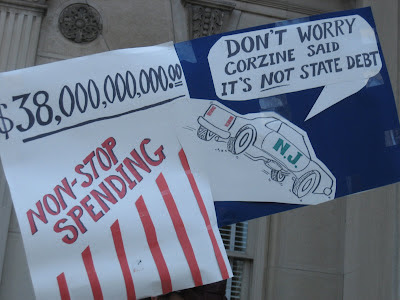 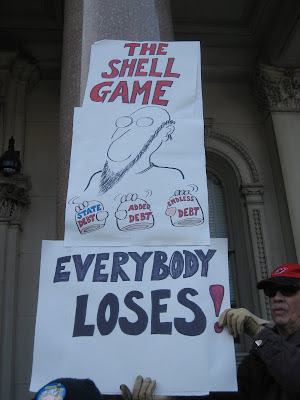 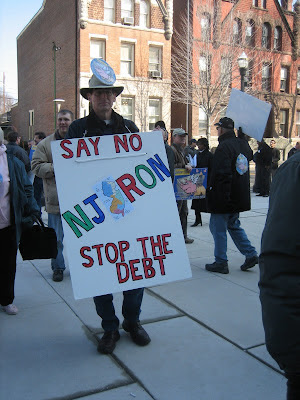 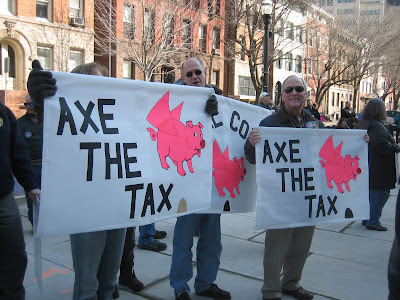 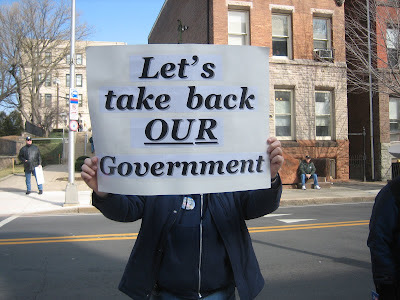 The fact that so many ordinary, hard-working people from all over the state who struggle to pay taxes and make ends meet took time out of their busy lives to gather in Trenton to make their voices heard is nothing short of inspiring! Bravo!

I couldn't agree with you more. It's been said that inasanity is doing the same thing over and over again and expecting a different result. That's what NJ voters have been doing by voting for one-party Democrat rule time after time. And it's insane.