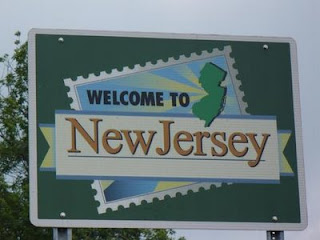 In case you haven't already noticed, New Jersey is a weird and funny state.
New Jersey voters do not have the right of initiative and referendum. In other words, they can't initiate public questions, put them on the ballot and vote "yes" or "no" on them, thus making them law or rejecting them. The residents of most states can do this. New Jerseyans can't.
And recalling a public official is almost impossible in New Jersey due to the high number of names voters must gather on a petition.
But in New Jersey, the voters have one unusual right that they sometimes like to exercise: They have the right to accept or reject local school budgets.
They can vote "yes" or "no" on these budgets.
Yesterday, more people voted on New Jersey school budgets than ever before.
Yesterday, a majority of the school budgets were defeated.
Yesterday, a record number of school board members were turned out of office.
Yesterday represented the biggest defeat for school budgets in 34 years!
What happened?
Quite simply, the taxpayers have had enough and they're speaking loudly and clearly.
This is a strong and powerful message to the high-salaried school superintendents and ubiquitous administrators, the intractable teachers' union and other union thugs, the tax-and-spend school boards and school district apologists, and all those big-spending state legislators and public officials at every level, including county and municipal office-holders and their political bosses.
Enough!
New Jersey is tired of paying the highest property taxes in the nation. It's tired of carrying America's greatest tax burden.
The runaway spending must end.
The waste and mismanagement must end.
The giveaways must end.
And the automatic annual pay hikes and attendant tax hikes must end.
We dumped Corzine. We voted down the budgets. We won't listen to the same old excuses.
Governor Chris Christie and the people of New Jersey have had enough.
And the people of New Jersey are now on the march.
Get. Out. Of. The. Way.
Posted by Dan Cirucci at 9:53 AM

This was good to see. Now we'll find out if these school districts got the message. Will they now cut out overpaid and unnecessary administrators and incompetent, unnecessary teachers? Will they make cuts in the areas that should be cut?